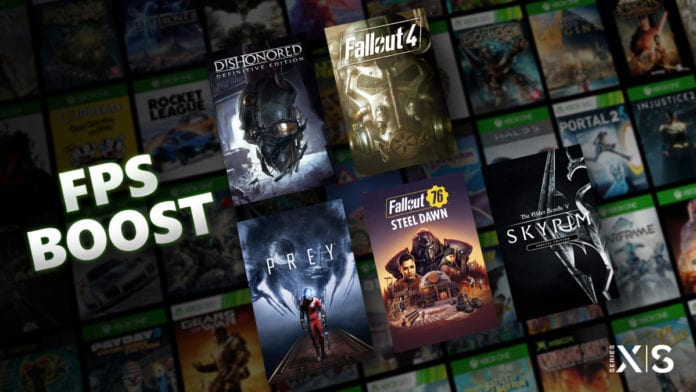 Bethesda’s acquisition might just have been Microsoft’s best play to equalize the console “war” in their favour. With all almost future titles being restricted to the Xbox and PC, Microsoft has worked closely with the various developers to ensure last-gen Bethesda titles have the best gameplay experience possible. Five Bethesda titles would have the “FPS Boost” feature enabled for them on the Xbox Series X and the Xbox Series S. All Xbox Game Pass owners playing the game would have access to this unique feature as well.

It’s no rocket science that higher framerates deliver more responsive gameplay. That’s exactly the philosophy that went into enabling the feature for five Bethesda titles to show off the feature before the world. However, in certain cases – like in Fallout 4 or Fallout 76 – this would mean sacrificing the resolution to ensure higher framerates, and in turn, fluid gameplay.

There’s always an option to play with HDR instead of ‘FPS Boost’, which will guarantee better visuals, but at the cost of performance. By default, most games will not have FPS boost enabled – but it requires simple navigation through the menu to turn it on.

The first five games to get the treatment include Dishonored: Definitive Edition, The Elder Scrolls V: Skyrim Special Edition, Fallout 4, Fallout 76, and Prey. The groundwork for the features has been laid in the March platform update as part of the compatibility options added to ensure last-gen games do not have problems running on next-gen hardware. However, these five games only seem to be the first few to receive the “next-gen treatment”, as the official press release ends on a footnote that “similar announcements are on the way”.