Search
Home Featured Roundups Best Indie Games Released in the 2010s That You Should Play If...
Facebook
Twitter
WhatsApp 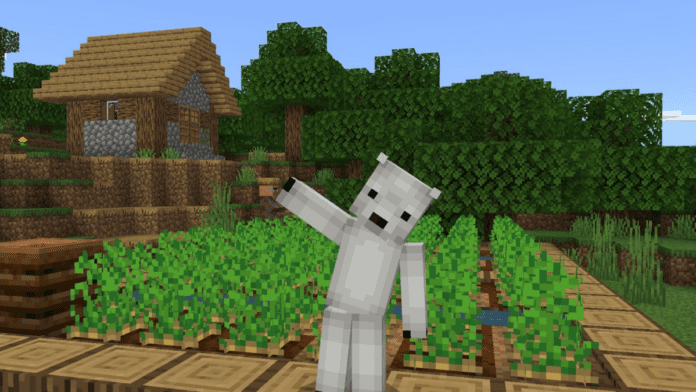 If you play games for the gameplay and the story and don’t mind if the graphics aren’t AAA quality, we have a list of the Best Indie Games you need to play if you haven’t before.

2020 wasn’t a great year for games in general, with Covid and Crunch demolishing some game plans and prevented them from releasing. Indie games were fine, though, mostly. Some absolute gems were released in 2020, which was a stellar year for indie games. From Risk of Rain 2 to Hades, I was forced to consider if it was the best year for Indie games, probably ever.

And now, here we are. The world is slowly starting to get back to the way it was. I have made this list of Best Indie Games that will make you fall in love with the very concept of Indie games, to celebrate that. You might have played some of them already, but even if you are missing just one game from this list, go out of your way to play it. This list represents the very best that indie games have to offer, but not all of them. How many of them can you put in one list anyways?

Best Indie Games that you need to play right now

At the face of it, Papers Please is a very simplistic game. You are a border control officer responsible for letting people inside a regime that doesn’t want people getting inside. The game then becomes gradually harder but remains basically the same game at its heart. Just when the gameplay starts getting a tiny bit repetitive, the game throws a ton of worldbuilding and fantastic characters at you, and those are what leads to the game’s absolute excellence.

The way that Papers Please handles morality is terrific, with you genuinely wanting to get some people in but not being able to because of the sometimes harsh penalties the game imposes on you. You can influence your character’s ending by making certain decisions about who gets in and what documents you hand out to them.

Simple in concept and excellent in execution, Papers Please is an absolute triumph by all accounts, and you should get on with completing it as soon as you can.

9- Ori and the Blind Forest

For the Best Indie Games List, we could have gone for the sequel of this game too. Ori and the Will of the Wisps is a fantastic sequel to a great game, but without Blind Forest, there is no Will of the Wisps. The game’s narrative was based upon The Lion King and The Iron Giant, and it shows. Just like those two classics, Ori and the Blind Forest holds power to emotionally devastate you at the start, as well as at the end.

The gameplay is mesmerising, with the way the game uses sound and minimalistic graphics to convey a strong sense of attachment is also excellent. Ori and the Blind Forest also has another thing going over all these other games- It has a sequel that is also a fantastic game. Ori and the Will of the Wisps was in many people’s best games of the year lists, for a good reason.

From a game that got nominated for the best game to a game that won it, Hades is an experience that demands multiple playthroughs for you to appreciate what went into creating this Roguelike Dungeon Crawler entirely. You might give it up when it gets too hard, but we implore you not to. It is worth it.

There is one caveat to Hades, though. It is hard. Brutally hard, at times. Due to the nature of the game, you start from the absolute beginning every time you die, which can get grating at times. Hades represents the pinnacle of Roguelike games and is definitely worth a playthrough or 10.

One just cannot talk about the best indie games without talking about Celeste. The platformer that took the world by storm in 2018, Celeste is just a fantastic game all around. It is an exhilarating and emotional journey through mount Celeste that leaves you a broken shell of a person by the end of it and still wanting more.

The graphics are fantastic for a game designed in just four days, and the game is fun for casual and hardcore players alike. What’s not to love? Just be careful and don’t throw your controller that far when you miss a jump.

Cuphead is the type of experience where you will die 103 times in a single level and laugh while doing it. Trust me; it is challenging the first time you play it. That isn’t to say that it is a Dark Souls level masochism filled game that hates you, but it will still induce some rage into you. And you will love every minute of it.

The delightful rubber hose style animation and the fantastic Boss Fights form the game’s backbone and do a lot in establishing the unique aesthetic the game offers. Cuphead is a game that you can’t afford to miss. You will regret it if you do.

Shovel Knight is a 2-D side-scrolling platformer at the face of it all, but it is much more than that. The game brought Castlevania style gameplay and platforming back to the forefront of our minds after we nearly forgot that the genre existed for nearly an entire decade. Hell, even Nintendo stopped doing them, focusing more on 3D gameplay.

It was able to do all that because that’s just how good of a game it is. The reason games like Celeste and Ori exist and are considered to be that great is all because of Shovel Knight. Also, there are so many extensions to the game, it is crazy. You will probably enjoy at least one thing or another about Shovel Knight if you decide to give it a shot.

Get Shovel Knight on PC from here.

Have you ever wanted to sell off everything you own, run away, and start a farm in a remote area of the world? Why go through all that effort to do all that if you can get the same experience by playing a game on whatever electronic device you own?

Playing Stardew Valley is sometimes an ethereal experience. It might just be too slow-paced for a few people to enjoy, but if all you want from a video game is to take your mind off from all that’s wrong with the world, Stardew valley is just the game for you. Raise a farm, have pets, get married, form relationships, have kids, but most of all, have fun. That is what Stardew Valley was made for, and its simplicity is what makes it one of the best Indie Games of all time.

Imagine Minecraft but with better graphics and a beautiful underwater world to explore. Does that sound good? If a game like that existed, would you have liked to play it? If your answer is yes, then I have the perfect game for you.

Subnautica is a phenomenal game that is somewhat overshadowed by the game it drew inspiration from. Just because Minecraft is the best selling game of all time doesn’t mean a similar game can’t improve upon its concepts. Subnautica does precisely that and much more. You can build, explore, survive, and have fun with your friends in Subnautica, and it’s an experience worth having.

I discussed this one in more detail here, but in short, Doki Doki Literature Club kills you with kindness and cute anime girls. The game is so much more than it pretends to be, and the warnings it displays at the start of the game are not to be taken lightly. The game is seriously messed up.

Beyond that, though, the game deconstructs a human psyche, how someone who looks so kind can have such darkness inside their hearts, and how our mental healths are essential. Doki Doki Literature Club is the least game-y out of all of these, but that is good. The game is a homage to and a deconstruction of the Visual Novel genre. And best of all, it’s free. Take some time out of your life to play this one. Just make sure you don’t do it at night, or you might not be able to sleep.

Enough time has passed since the release of Undertale, and the fanbase has quietened down enough for me to confidently claim that Undertale is the best Indie game that I have ever played. Undertale, to me, represents the best Indie games have to offer. It was made by just one person, who has envisioned a mother-esque game about a tale of morality the world has never seen before. Out of all the games I mentioned earlier, Undertale feels like a labour of love the most.

The deep story, the emotional connection you form with the side characters, the tale of two different playthroughs, and most of all, the music are all absolutely top-notch, and I wouldn’t hesitate to call Undertale a masterpiece. It is hard at just the right places, outright hilarious in a few others, and it will make you cry if you make the right choices in life. Undertale is phenomenal through and through and deserves the number 1 spot on this Best Indie Games list.

Get the best game in my Best Indie Games list, Undertale, Here.

If your favourite game didn’t make it to this list, Don’t lose hope yet. Maybe it will be in the second part of this list, which will happen sooner rather than later.