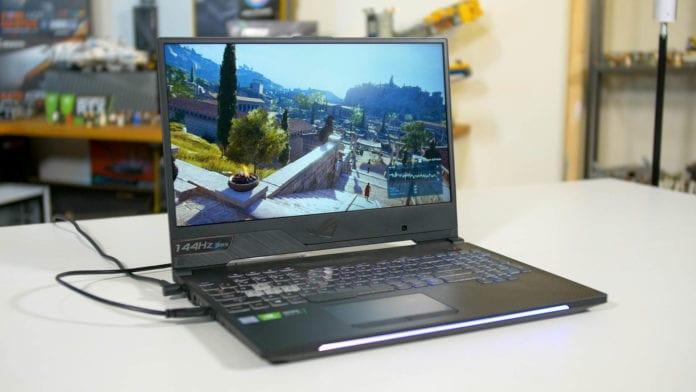 If you’re in the market for a gaming laptop but can’t afford to fork out insane amounts of money, this is the article you’re looking for. Finding a good laptop under Rs. 50K that offers decent gaming performance can be quite hard in India. While it won’t be able to run modern titles at 60 frames, we can guarantee that it will offer decent performance at 720p. If you turn down the graphics a notch, you can also enjoy some modern titles at decent framerates.

The ASUS TUF Gaming FX505GD is an extremely well-priced laptop. At just under 50K INR, it includes an i5-8300H and a GTX 1050. For memory and storage, it consists of a 1 TB HDD and 8 GB of RAM. While it won’t be breaking any records in performance, it can still play modern titles Control and Borderlands 3 with decent framerates at 1080p. It is also quite light at only 2.2 Kgs and has an excellent cooling system, making it a great budget pick.

The ASUS TUF Gaming FX505DY is pretty much the exact same laptop as the FX505GD except for the fact that it swaps out the i5-8300H for a Ryzen 5-3550H and the GTX 1050 for an RX560X. While there won’t be a difference between the two, the RX 560X is slightly slower than the 1050 and hence this is placed lower. That said though, you can still expect great performance in eSports titles and even in modern titles (provided to tone down the resolution to 720p).

The Lenovo L330 is not exactly built for gaming. But if you’re on a really tight budget or are looking for a laptop to play some lighter titles on the go, it is a great pick. With a decent processor and an MX150, it can play older titles and some less demanding games with decent 1080p performance at 30 frames. It also comes with a great I/O and an excellent display. While there’s certainly some compromise to the quality of games, it is a great offering at the price-point.

While the above laptops are all great pick under 50K INR, I would personally recommend saving up just a bit more and getting the ASUS TUF Gaming FX505DT. While it’s much closer to the 60K mark, it will offer decent performance for the next 3 years at the least and you won’t be missing out on all the modern AAA games releasing every year. The ASUS TUF Gaming FX505DT is one of the best-valued gaming laptops around. With a Ryzen 5 3550H and a GTX 1650 offering great 1080p gaming performance even in demanding games like The Witcher 3 and Shadow of the Tomb Raider. For memory and storage, it consists of a 512GB SSD and speedy RAM. As if that weren’t enough, it also includes a 120Hz screen with an IPS panel. It also weighs only 2.2Kg, making it a great gaming laptop.

Here’s a small survey if you’d be interested in taking part: Survey Link