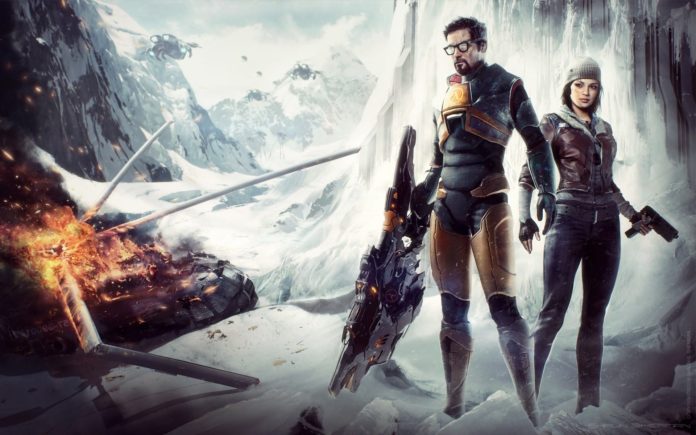 The First Person Shooter is probably the most iconic genre of video games. While the ’80s were ruled by RPGs like Ultima, the First-Person Shooter first hit the popular media in the ’90s with the inception of Wolfenstein 3D, and later popularized by the one and only, Doom. Before they were called FPS, they used to called Doom-clones. Ever since then, they’ve grown through e-Sports, LAN parties and some extremely successful mods.

While games like Doom 2, Quake and Half-Life are legendary in their own right, we’ve restricted this list to recent titles only. Moreover games like Fallout 3, Deus Ex and Hitman have also been neglected as they offer a completely different experience to the traditional shooter genre. without further ado, let’s get started:

The much-awaited sequel to the legendary FPS of the ’90s arrived in 2016 and took the industry by a storm. DOOM got rid of the bloat that gamers had gotten used to seeing and took a modern twist on what made the original Doom and Doom 2 so great. With the game being centered around shooting and movement, DOOM is the purest display of some great FPS mechanics. It doesn’t waste your time with boring story elements. All you need to know is that there are some demons that need killing and your arsenal of guns are the perfect match to blow their brains out. With the maps being littered with health and shield pick-ups and the game rewarding you for brutal melee takedowns with extra health and ammo, it awards fast-paced and aggressive gameplay. With a nearly 12 hour singleplayer campaign, it is some of the most fun you’ll ever have in a video game.

Ever wondered what an asymmetric shooter based on Quake’s mechanics would look like? That’s Titanfall 2 for you. At its heart, it is a game based on fast movements and swift reaction times. While you play it like any traditional shooter, moving from cover to cover in between shots, it truly shines when you start relying on the amazing movement system, chaining wall-jumps and bunnyhops with grapples and stims. While it has great gunplay, chaining your abilities together with your passives results in some pretty spectacular unscripted set-pieces. For example, phase shifting out of heated combat only to get back in and Firestar your foe in the face or using a grapple to move from one end of the map to the other is a feeling only Titanfall 2 could provide you with. Using chokepoints to abuse Scorch’s incendiary abilities or using Ronin to phase in from nowhere and slice your opponent in two puts a great spin on Titan v Titan combat. Combined with a stellar singleplayer story with great performances throughout the cast, if you haven’t played it yet, what are you waiting for?

SUPERHOT is a First-Person Shooter with roguelike elements. Combine that with an immersive story and a greatly satisfying gameplay loop, and you have one of the most unique FPS of the decade. SUPERHOT pulls out all the stops to make you feel like you’re actually in the game: from the early 90s interface for the UI, weird minigames and ASCII art to the fourth-wall-breaking narrative. It all starts when you receive a crack for a superhot.exe from your friend. Revealing more of the plot will ruin the experience for you. The core gameplay revolves around you picking up different weapons from the environment and using them to get rid of the red humanoid shapes. Every hit is a one-shot kill, be that a bullet or a katana-slice. The same goes for you. Oh, and did I mention that time only moves when you do? Who knew that dodging bullets from you enemies, getting near to them, taking their gun and bashing their skull with it would be so satisfying. Once you complete the main storyline, you unlock Challenge mode and Endless mode and can continue trying-out various methods to survive.

While being an eight-year-old game, Bulletstorm has aged exceptionally well. For the graphics-aficionados, it was re-released in 2017 with updated 4K textures and all the DLCs as Bulletstorm: Full Clip Edition and looks like any other AAA title. While the level structure is similar to other generic shooters, Bulletstorm changes the dynamic completely by making the entire game about creativity: how creatively you can clear out a corridor full of enemies to be specific. Whether you get the job done by tossing them into a spinning fan or by drilling them into the ceiling is left up to you. The more creative you are, the more points you get. With a plot that’s (probably) filled with every expletive that exists and a vivid color palette, Bulletstorm is over-the-top, original and one of the most fun shooters you will ever play.

Rainbow Six: Siege is one of the few games that is a lot of fun for new players while being extremely rewarding for long-time veterans as well. With 50 operators and gadgets, over 100 different guns and quite a few maps, Siege can be daunting at first and being an eSports title might fend-off the more casual players. However, learning new abilities and angles while having a great laugh with your friends can be an extremely satisfying experience. The gameplay revolves around attackers trying to reach the objective while defenders try to protect it. This can lead to using basic strategies like lurking offside as defenders to allow for an easier hold in the later seconds of a round or attackers employing a breach, smoke, and plant strategy. The number of permutations for the various strategies and their counters is numerous and team-communication is key. Moreover, from personal experience, Siege has one of the most welcoming communities. With older players helping newer players learn the maps and teaching them effective comms. A new season has just been announced that will go live on the 10th of September, and the game is free for a week now. If you haven’t checked it out yet, go try it now.