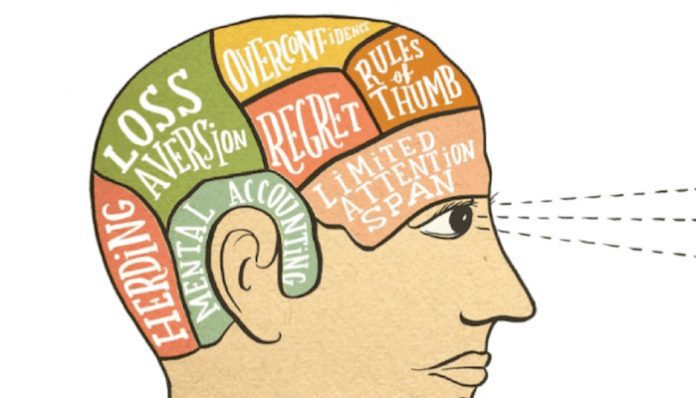 If in your lifetime you’ve eaten in a mess or a regular buffet, you might have noticed that the rice container being in the beginning or the end of the line of dishes makes you consume more or less of it accordingly. This is a very tiny aspect in terms of every food item that you consume during a day and you might not have even thought of this before having read the last sentence. However, you surely can recall the difference in consumption. Now, what if I told you that a principle as simple as this, but implemented on a much larger scale, is changing the world of economics and finance with ever-increasing intensity with each passing year? Sounds intriguing right? This is the new world of Behavioral Economics.

The standard definition of the term states it as the field which studies the effects of psychological, cognitive, emotional, cultural and social factors on the economic decisions of individuals and institutions and how those decisions vary from those implied by the classical theory. This new field, which although had its first solid foundations set up in 2002 strives to bridge the gap between classical economic theory and real world practice.

It explains how a certain phenomenon occurs theoretically and how it actually takes place in the real world where there are a lot of factors affecting the process. Its main objective is to make up for every shortcoming that old economic and market theories have put across.  The integration of all the various disciplines into the subject results in its efficient application in a variety of fields and helps intertwine the fields of marketing, investment decisions, consumer behavior research, finance and even advertising.

Even though research papers and theories existed across the 20th century relating to what was known as “Economic Psychology”, there were not any real advances taken in this direction. The most significant study in this regard was done by a certain Daniel Kahneman in 1979 when he co-published a paper titled “Prospect Theory: An analysis of decision under risk”. This was one of the first major notable studies conducted in this field. Daniel Kahneman went on to win the Nobel Prize in 2002 for this work thus establishing a firm foothold in Behavioral Economics.

A similar major recognition was given to Robert J. Shiller in 2013 for his unique analysis of asset prices, which came under the umbrella of behavioral finance. However, the biggest and perhaps the most important of these was the Nobel Prize win of Richard Thaler in 2017 for “his contributions to behavioral economics and his pioneering work in establishing that people are predictably irrational in ways that defy economic theory.” The principles that Thaler has used and introduced in this field are now the ground rules for this discipline.

Richard Thaler came up with ideas such as the Nudge theory, which proposes positive reinforcement and indirect suggestions as the ways to influence the behavior and the decision making of groups or individuals. In his very famous book titled “Nudge: Improving Decisions about Health, Wealth and Happiness”, he has suggested some brilliant examples of how and what exactly a nudge is, and then expands on how it can be implemented in the daily decision-making process of the average consumer or any organization.

Using the theories that he proposes for all the aspects related to the economic world, Thaler goes on to describe how his approaches using the particularities of behavior in traditional economic decisions have actually affected the results for the better. Ideas similar to the nudge theory have also been successfully implemented in political decision making and various other spheres. Theories such as “Choice Architecture” and “Nudges” have bestowed Richard Thaler the title of “The father of Behavioral Economics” in the academia and around the world.

We live in a time where the sources for influencing people’s choices are becoming far more convenient with the rise of Behavioral Economics. It helps keep up the ongoing trend and in making complex economic and financial decisions easy and accessible to each and every individual.