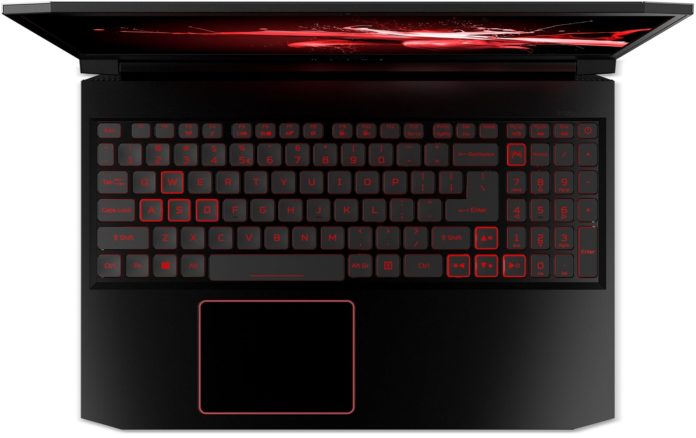 After NVIDIA announced its GeForce GTX 1660 Ti for laptops yesterday, prominent leaker TUM_APISAK posted 3DMark Timespy results on Twitter that had the said GPU in conjunction with an AMD Ryzen 7 3750H APU. As far as the press is concerned, NVIDIA hasn’t said a word about notebooks with Ryzen CPUs, but there have been multiple rumors in the past claiming that AMD is allowing OEMs to pair the GTX Turing GPUs with the 3rd Gen Picasso APUs in a new lineup of gaming laptops that’ll be as cheap as $999.

The 3DMark results are fairly recent dating back to mid-April and the laptops in question are codenamed FX505DU and GU502DU. Both feature a quad-core Ryzen 7 3750H clocked at a base clock of 2.3GHz and a boost of 3.9 for the former and 4GHz for the latter. They also have SMT enabled that brings the thread count up to 8, and a Radeon Vega GPU (possibly the Vega 9) for light-gaming and day-to-day tasks.

Looking at the GPU, it is in fact, NVIDIA’s newly announced GeForce GTX 1660 Ti which is essentially a GTX 1070 with some extra features. Just like the desktop variant, it has a VRAM of 6GB, with one being the standard while the other seems to be NVIDIA’s low-power Max-Q model. Strangely, the latter has a slightly higher clock of 1,538MHz (base) and 1,920MHz (boost) while the regular chip is 40-50MHz slower. This is unexpected as Max-Q versions tend to be a bit slower due to reduced clocks in order to keep the TDP and heat dissipation in check. Then again, this might not be the final product and the clock speeds might be higher at the time of release.

The rest of the specs pretty much scream, “These are gaming laptops”. The RAM is a sizeable 32GB in both of them and an Intel 512GB SSD (Ironic, considering they ditched Intel to reduce the price-tag) for storage.

To give you an idea of why this is going to shake up things in the portable PC gaming market, let’s have a look at the price of a comparable product with an Intel CPU. We won’t consider the newer i9 or i7 chips, as they are going to be above the $3K mark and in another league altogether, but if you check the most common Intel processor in mobile gaming machines, i.e, the Core i7-7700HQ, then you’re looking at a minimum retail price of $1,600 with some OEMs even charging almost $2,000. Now, if we look at the new Ryzen powered notebook that performs quite similar to its Intel counterpart, it is most likely going to cost you around $1,000. That’s around 50% less. Please keep in mind that this is merely an educated guess and the final price might vary. So basically (similar to the desktop market) it appears that there is going to be a revolution in the gaming laptop space in the near future, in the aftermath of which you’ll find shiny new AMD Ryzen powered machines at much more affordable prices than today’s lineups.

Lastly, keep in mind that these aren’t the Zen2 based 7nm Ryzen CPUs, but their Zen+ siblings that leverage the 12nm GF node. These are faster than the first generation of Ryzen APUs with higher clocks and a reduced power draw, thanks to the new manufacturing process, but at the same time will be notably slower than the upcoming Ryzen 3000 desktop CPUs.