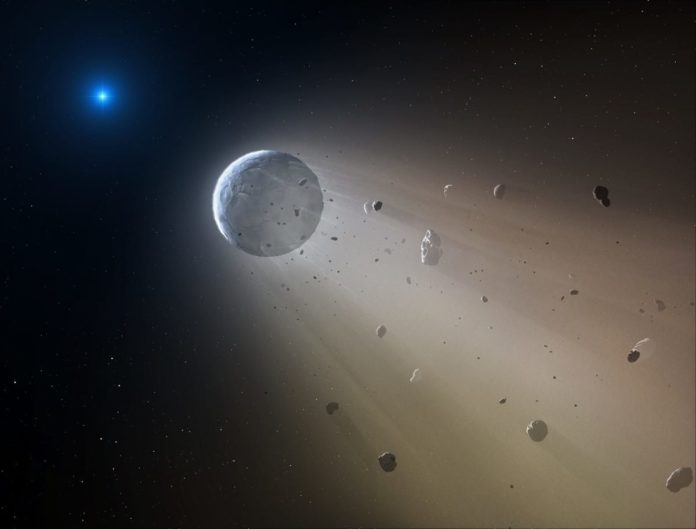 One of the biggest and most important ways scientists have understood how our home planet works have been by looking outwards. The mystery behind our Earth’s origins and it becoming the breeding ground for life as we know it has always been subject to multiple theories. The study of planets and worlds beyond our solar system has been key in understanding the unknown. Astronomers around the globe are continuously scanning the cosmos to identify and study the unique features of such exoplanets.

One of the ways to study these worlds is by analyzing transit events. In this process, an exoplanet passes in front of its host star and blocks a small percentage of the star’s light. The dip in the light of the host star during this transition can reveal a lot. Astronomers are able to predict the planet’s size, atmospheric makeup and even its revolution period. It is during such studies that some anomalies are noticed. Some asymmetric patterns are observed during the transit events apart from the normal ones. This is a rare observation hinting at a rare phenomenon. It’s believed that these exoplanets are followed by dust tails caused by evaporation as they orbit their host star. Subsequently, at a distance of 800 light years, K2-22b is the hottest example right now. To read about the Kepler mission in detail, click here.

This planet has been crumbling into pieces since before astronomers first discovered the Neptune-sized rocky planet back in 2015. It has been under constant observation ever since. The main reason for K2-22b to be in the limelight is the absolute rarity of it. Of the roughly 3,800 exoplanets confirmed to exist, K2-22b is one of just three that have begun to disintegrate. Astronomers want to know more about this phenomena especially as it seems like an early disaster before the scheduled end of the planet. Research recently published in The Astronomical Journal tracks the evolution of the planet’s transit around its star — one “year” on K2-22b is currently just nine hours — as it falls apart.

Another interesting feature of the material that this planet has been leaving behind has been its dynamic nature. The material trail has changed its composition and density over time and periodically. It has been a dynamic dust trail which seems to be evolving continuously. The observation of such a drastic change at such a rapid rate can be a good projection for the astronomers. This can help them in understanding the various stages in the life of a planet, even though the scale may vary in different parts of the universe. It can be a huge help in answering some of the questions being asked back at home.

The complete process and the reasoning of this phenomena are still to be completely unraveled. The more help the scientists get in their observations, the faster we get to the answers. Maybe something such as the James Webb Space Telescope, an upcoming mission, could potentially help us in this endeavor. Interested to know more? click here.