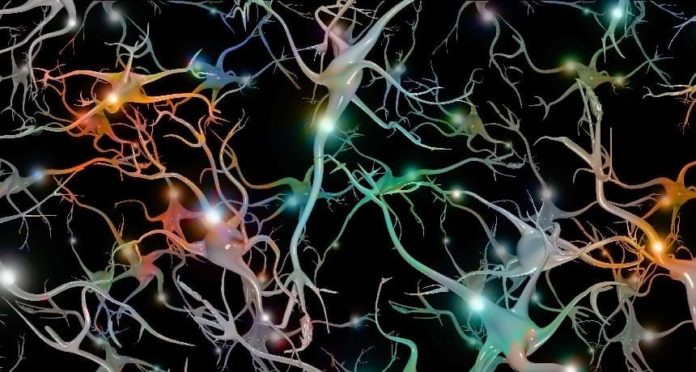 Scientists have come up with a revolutionary way to cure neurological disorders. The subject has been under the microscope for a very long time and various advancements have taken place over the years. And recently, they were able to come up with a way to devise the first artificial neuron.

The neuron, which is the size of a fingertip, has been designed to perform all the functions of an actual human brain cell. Our brain cells communicate through chemical signals and store/transmit information in the brain. Artificial neurons however, detect the chemical signals first and then transmit electrical signals further from cell to cell. These electrical signals in turn, cause the release of neurotransmitters (chemical messengers that carry signals to the brain) which carry out various functions. Artificial neurons are made of conductive polymers and can communicate over large distances. They don’t contain any living components whatsoever.

This invention has a huge potential in the field of medical science. It can be easily implanted because of its small size and hence be used to replace the damaged nerve cells of the body. Many neurological diseases including Parkinson’s disease may use this new technology in the treatments.

Apart from this, another similar feat has been achieved by the scientists at MIT, who came up with a chip with artificial synapses. Synapses are neural connections that allow nerve cells to communicate with one another and manage thousands of tasks. The procedure performed by artificial synapse mimics the natural ones. They precisely control the electrical currents flowing through them. When tested, the artificial chip recognized the samples of handwriting with 95% accuracy.

There are a lot of future aspects for this technology. Artificial synapses chips are proven to be an essential component in the road to building an artificial brain. They can be used in making small AI devices which in turn can be used for complex tasks in the future. Scientists are also working on superconductor computing chips which is the next step in the development of artificial neurons.

These are artificial neurons that are made of superconductors and are much faster than human neurons! To be able to replicate the human brain exactly is still going to take some time and research. But what has been achieved so far is a huge scientific breakthrough and hopefully will be implemented successfully in medical fields.