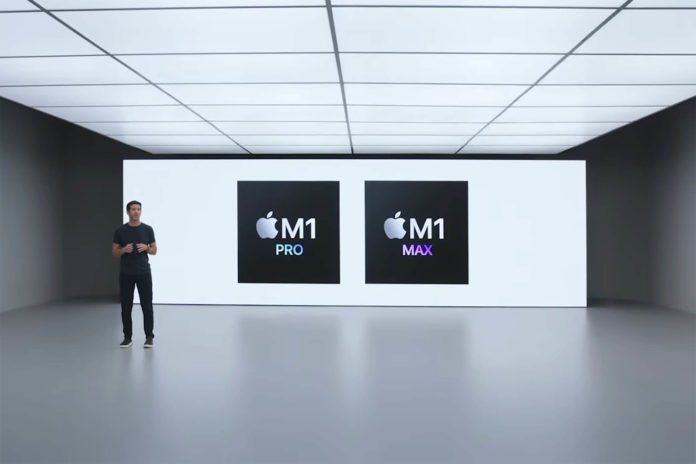 The power duo was announced at Apple’s ‘Unleashed’ event.

The M1 Pro ad the M1 Max have up to 64GB of unified memory which makes these chips the industry standard for high performance and total memory size on a SOC. Both the chips are built on the 5nm manufacturing process for ultimate efficiency.

Apple vows a significant upgrade in memory bandwidth, almost 6x of what the M1 could achieve. Being Apple’s biggest manufactured chip yet, the M1 Max can clock speeds matching the competitions performance at less than 70% the power consumption.

Dedicated ProRes media accelerators ensure improved speeds in media transitions and video processing. A 16-core neural engine is present in both chips to improve ML tasks. Overall the M1 Pro is said to bring 2x the graphical power and the M1 Max 4x than the vanilla M1. The CPU performance of these chips is 70% up with memory bandwidth exceeding 400 GB/s.

Check out more about these chips on Apple’s official website here.