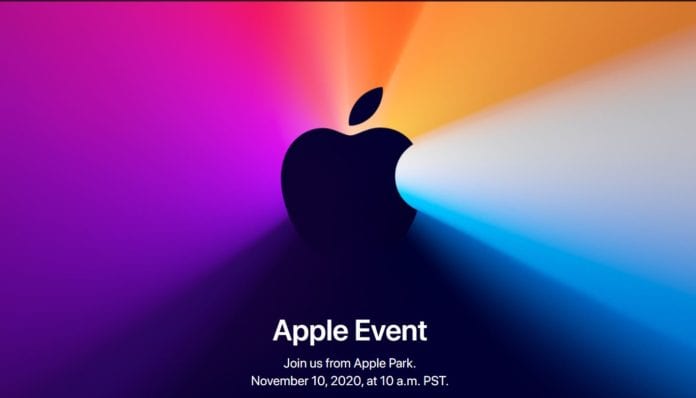 “Today is going to be a truly historic day for the mac” said tim cook in wwdc 2020.

Apple, for long, has been a company much larger than its current image, which some groups claim to be uninspired and dull. But that is all to change tomorrow. Apple is finally going to present its first batch of computing devices featuring Apple Silicon — Apple’s own ARM-based Chip for future Macs — and we can’t wait to see it.

What is Apple Silicon?

Apple’s own processors — A-series line of processors — are ultra-powerful mobile chipsets that are often more powerful than the competition and end up having a lifecycle of 4-5 years.

Also Read: Apple A14 Bionic: Most Powerful Chip in the World?

Any ARM-based processor benefits from superiority in — a higher power, thermal and space efficiency — as compared to any CISC (such as x86) architecture processor. Since these benefits are inherited from the basic nature of the component the natural consequences translate into slimmer, lighter and more portable device design without compromising on performance or battery life.

Apple’s present line-up of processors, on smartphones, functions beautifully well in coherence with Apple’s software to provide a fluid experience. End-to-end product control, specifically in the smartphone segment with their iPhones and tablet space with iPads, have to lead to dominance that is quite frankly, really difficult to beat.

Apple’s A13 Bionic chipset debuted in 2019 powering the iPhone 11 line-up, gradually making its way into the cheaper iPhone SE. The A13 chipset is 7nm (enhanced) hexa-core chipsets with 2 high-performance cores called ‘Lightning Cores’ clocked at 2.56Ghz, and 4 efficiency cores called ‘Thunder Cores’. This chipset initially intended to be used as a mobile processor was capped at a top clock of 2.7Ghz and maximum RAM capacity of 4GB. Despite the higher-end performance being limited, it performed 18% better in the single-core test and 13% in multi-core test when pitched against Intel’s i7-8565U (14nm), as tested by GadgetVersus.

This superiority is not new and Apple has practically been producing higher performing chipsets that out-do their own Intel-powered Macs.

A11 Bionic started its journey with the drastically redesigned iPhone X and iPhone 8 siblings. This was the first time Apple introduced Neural Engine to support AI and ML tasks. The A11 Bionic scored 917 on single-core and 2350 on multi-core tests on Geekbench 5. When compared to an entry-level 2020 MacBook Air featuring an Intel Core i3-1000NG4, which clocked 1076 on single-core and 2842 on the multi-core test, for a 3-year-old mobile chipset, it comes eerily close to a fully functioning latest-gen Mac computer.

Apple’s chipsets are topped off to the brim with the latest technology to score big on performance even 3-4 years after launch. They work their way up from iPhones and end up in iPads, which in itself are capable of handling daily tasks super efficiently, practically eliminating the need to have a laptop altogether. Apple, has already cashed on this ability with the introduction of redesigned iPad Pro (3rd Gen) which debuted in 2018 and claimed to replace most entry-level laptops, which for a huge chunk of users, was actually true.

Apple Silicon: Why this shift?

Apple’s scales had tipped towards corporate-paper-pushing strategies leaving behind Steve Jobs’ legacy of innovation on pause. This strategy proved to be good for stakeholders and stock exchange offices but left the loyalists wanting for more.

A “huge leap forward” was much needed, and it comes in at a good time. What Tim Cook wants to achieve will be first of its kind, if done successfully, and will hugely change the dynamics of the industry. The shift, albeit similar to Steve Jobs’ shift from PowerPC in 2005 WWDC, promises to bring the glory days of innovation that once stood as a pillar of the Cupertino based tech giant.

The world is smoothly transitioning into a sphere where ultra-portable devices with uncompromised computing power are becoming the norm. The transition into ARM-based chipsets will greatly influence the design and hugely improve energy efficiency while maintaining power all this while using a lighter and more compact overall design.

This huge decision also greatly rests on one of the biggest challenges Apple has been silently facing —slowing gains on Intel’s processor.

Intel’s year-on-year development has been meagerly increasing performance. This slowed improvement not only translates into unnoticeable gains, it also proves to be a difficult task for consumer-oriented companies such as Apple to convince its customers to upgrade.

While Apple first shipped its 7nm A12 Bionic chipset in the iPhone Xs and XR whole two years ago, it’s only now that Intel has moved into this with its 11th Gen Tiger Lake processors. Intel is clearly running an entire step back while Apple has already become the first company to now ship 5nm chipsets with its A14 Bionic debuting in the iPad Air 2020 and later into iPhone 12 line up.

Apple’s move to introduce its flagship processor in a mid-budget iPad clearly indicates the companies intentions to dominate entry and mid-level PC space with its in-house chipsets. However, Apple might stick to desktop-grade x86 based processors from Intel to power its Pro devices.

Apple Silicon: How is Apple planning the transition?

Since the announcement of the much-anticipated move, Apple has been working closely with developers to build a platform to build up from to ensure a seamless transition into its new platform while also keeping its existing devices valid and up to date.

Although running to boats at the same time seems like an uphill task, a giant like Apple has surely left no stones unturned. Apple will use Rosetta 2 to facilitate the automatic adaptation based on the rig underneath, even if developers haven’t updated it. Simply put, you’ll still be able to run the current set of x86 apps on new Apple Macs running Apple Silicon, but those optimized for it (built on ARM architecture) will run smoother and more efficiently.

Apple has promised to support both, ARM and x86, based set of apps to remain updated and supported for pre-mentioned software support from the date of purchase.

“The vast majority of developers can get their apps up and running in a matter of days,” claims Craig Federighi, Apple’s senior vice president of software engineering.

Apple is working closely with Microsoft to get its Office app updated to run on its new Apple Silicon-based Macs. Adobe will also be shipping ARM-based versions of its popular applications like Lightroom and Photoshop.

A Developer Transition Kit that was also issued which housed an A12Z SoC coupled with 16GB RAM and 512GB SSD inside a Mac mini enclosure. To ensure reach, Apple dropped its price to $500 as compared to $999 when Apple had transitioned from PowerPC to Intel in 2005.

One more thing, stay tuned for updates on our coverage of the big day.