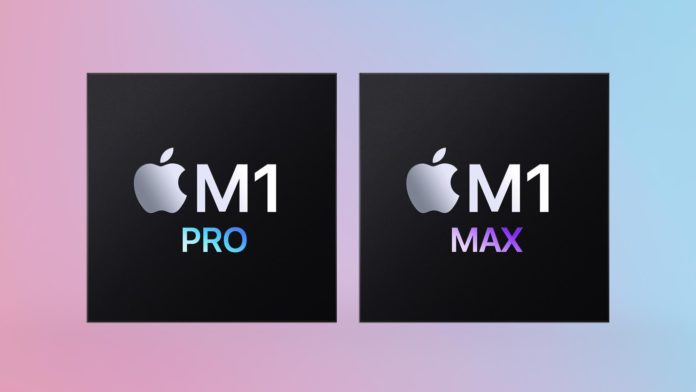 Key Differences Between The M1 Pro and M1 Max

For starters, both chips are based on the 5nm manufacturing process which gives them great performance and efficiency, just like the vanilla M1. Both chips being an upgrade from the M1, consist of 10 CPU cores. The M1 Pro and M1 Max give up to 70% more performance than the M1, this brings it heels above the competition as well.

Now, the key differences. The M1 Pro supports up to 32GB of unified memory with memory speeds reaching 200GB/s while the M1 Max just doubles it with 64GB of unified memory and 400GB/s of memory speeds. Apple said, the M1 pro packs in 33.7 Billion transistors which is twice the amount of the M1. The M1 Max on the other hand packs 57 Billion transistors which is 70% more than the M1 Pro.

Having been built on the 5nm process, users can expect great battery life on both the chips even on full load. The M1 Pro on the new MacBook Pro promises up to 17 hours of battery life and 21 hours on the M1 Max.

When it come to value for money, the M1 was already mile ahead of its competition. The M1 Pro and the M1 Max bring in a lot to the table. The amount of performance and efficiency that Apple has promised with both of the chips is really commendable but, starting at 1999$ for the base MacBook Pro, customers will have to chip in a lot of money just to get a hint of what both of these chipsets are capable of.

To make things more interesting, both these chipsets are only available for the refreshed MacBook Pro’s as of yet. The Indian pricing for the new laptops start at almost 2,00,000 INR. It is yet to be seen what the claims that Apple has put forward will sum up to the competition, but till then if you want to experience the best of Apple Silicon, be ready to spend a chunk of your money.