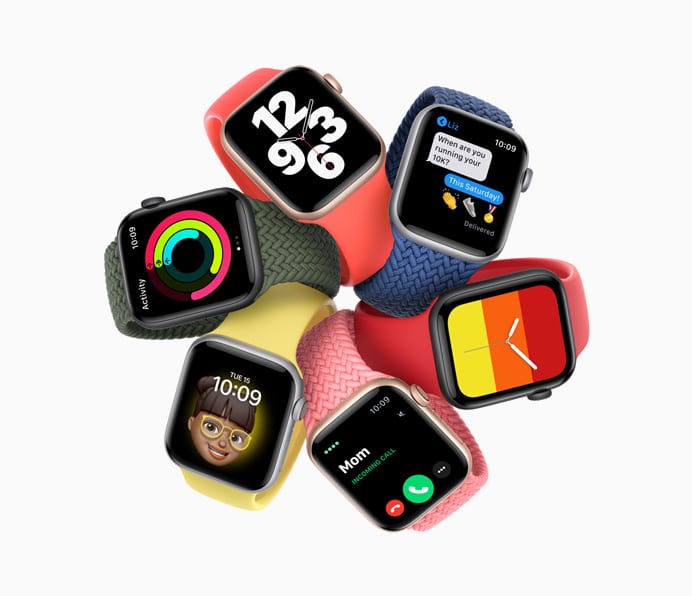 In its ‘Time Flies’ event that took place on September 15th, Apple has added a new affordable option to its smartwatch catalogue, the Apple Watch SE.

Apple Watch SE will start at $279 for the GPS only variant and $329 for the GPS+Cellular model and is bound to worry brands like Huawei, Samsung, Fitbit and Fossil in the growing Indian smartwatch market.

For the Indian readers, obviously we can’t expect a direct conversion to INR for the Indian prices, you can expect GPS only Watch SE to start at around Rs. 29,990 while the GPS+Cellular variant to hit the market at a price of around Rs. 33,990, according to tipster Ishan Agarwal.

The Apple Watch SE will use the same accelerometer, gyroscope, and always-on altimeter as the much more expensive Apple Watch Series 6. Other functionalities include fall detection, Emergency SOS, international emergency calling, and the Noise app.

Watch SE will be available in three case finishes which Apple claims to be manufactured off 100 percent recycled aluminium, and will be compatible with all existing and newly launched Apple Watch bands.

“Apple Watch SE combines elements of the Series 6 design with the most essential features of Apple Watch, all at a more affordable price,” said Jeff Williams, Apple’s chief operating officer. “We’re excited to offer another great option to help customers stay connected, be more active, and keep an eye on their health.”

About the hardware, the Apple Watch SE will feature a Retina display about 30 percent larger than what Series 3 had. The watch will be powered by an S5 SIP and a dual-core processor, which Apple claims to be two times faster than Series 3.

The always-on altimeter will let the watch detect elevation changes above ground level, up and down to the measurement of 1 foot.

Fall detection is a neat safety feature for the users which uses a custom algorithm and an accelerometer and gyroscope to detect when a user falls. The watch can then detect a hard fall by analysing the wrist trajectory and impact acceleration and send an alert which can either be dismissed or used to call emergency services by the users. (But, keep in mind, this feature isn’t available in every country.)

Apple Watch SE is available to buy now from apple.com, with market availability beginning from September 18.