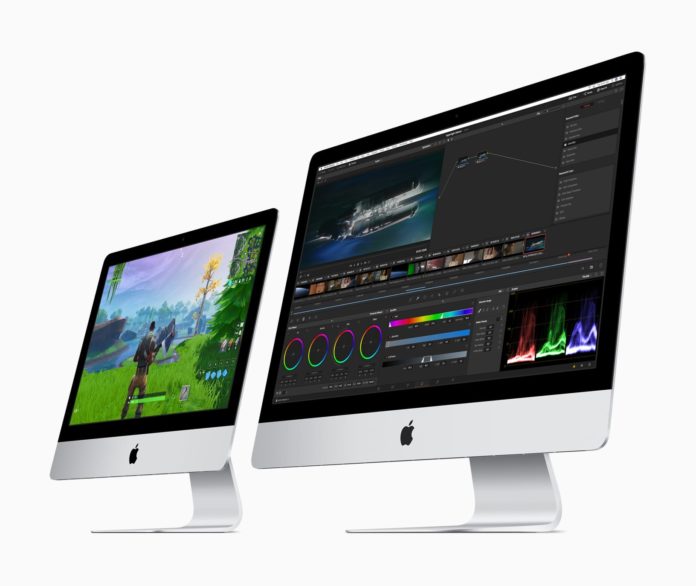 In a much-needed upgrade, Apple announced that it would update its iMac line of all-in-one desktops to the 8-core, 9th-generation Intel processors with the formidable AMD Vega graphics option. With this upgrade, the Cupertino giant promised the delivery of a “dramatic increase in both compute and graphics performance”. The aforementioned came after it quietly updated the iPad lineup with a new iPad Air and Mini a day before.

The upgrade, which is advertised as “2x” faster than the current line of iMac products, is rumoured to be noticeable for its wide customer base, including normal consumers and professionals, making it a faster machine for virtually all the tasks it is capable. “Customers are going to love the huge boost in iMac performance. With up to 8-core processors and powerful Vega graphics, the iMac line-up is stronger than ever,” said Tom Boger, Apple’s senior director of Mac Product Marketing. The 21.5-inch iMac will be equipped with an 8th-generation quad-core processor, with the company also introducing 6-core processors, which guarantees up to 60 per cent faster performance.

The bigger 27-inch iMac will be the one which will get the latest, 9th-generation 6 and 8-core processors, with an estimated 2.4 times faster performance. The Radeon Pro Vega graphics will increase the performance by 50%, making it ideal for graphic-intensive usage, such as “developing 3D content, editing videos with complex effects or designing high-resolution games.” The 21.5-inch iMac’s graphics will deliver an increase of 80% in its performance. The 14.7 million pixels provide 1 billion colours of its Retina display is said to edit 4K videos at full resolution. “With its stunning Retina display, amazing design, twice the performance, and macOS Mojave that our customers love, iMac is by far the best desktop in the world,” adds Tom.