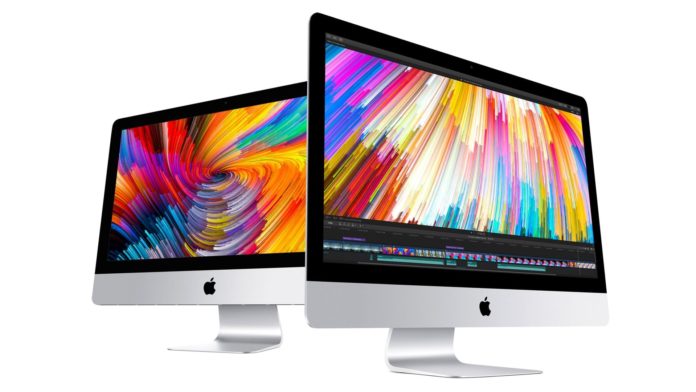 Apple announced today that it will be refreshing the iMac lineup with AMD’s Radeon Vega Graphics and the Intel 9th Generation processors. The 21.5-inch model comes in with either 1080p or 4K Displays. The 27-inch desktop is equipped with a 5K display.

Apple seemingly hasn’t made any design changes to the new iMac. Although an easier way to install a VESA mount would be much appreciated, as per Apple, the display offers brightness up to 500 nits, with “14.7 million pixels and 1 Billion colors”. Both the models use an IPS panel but lack touch sensitivity. Moreover, we also get the same I/O with 2 Thunderbolt 3.0 ports, four USB 3.0 ports, an SD card slot, a headphone jack, and Gigabit Ethernet.

The new i9 chips along with Radeon Pro Graphics offer the much-needed performance boost. However, one should keep in mind that the advertised “2X performance boost” is only true for the highest-end models. The rest of the lineup still fails to impress due to limited configurability, a closed ecosystem and an exceptionally high price point.

Apple is expected to make some announcements at the upcoming March 25th special event. However, with hardware updates coming out this week, it’ll most likely be a software-centric event.