Search
Home News Gaming Will Apex Legends Mobile Version Turn Out to Be a Threat To...
Facebook
Twitter
WhatsApp 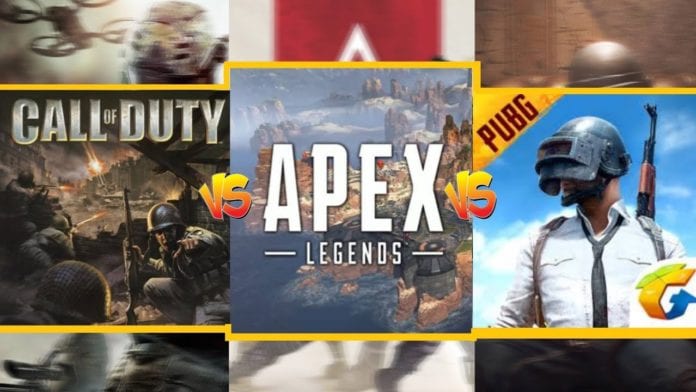 Apex Legends is one of the most addictive games of all time. The game was applauded worldwide and looking at the appreciations received the developers have decided to extend the platforms for the game. One of the most prominent gaming companies EA sports is working along with a Chinese company for the global release of the mobile version of the game.

Will PUBGM/CODM see their downfall because of Apex Legends?

Well, if you have come across the PC/Xbox/PS4 version of the game, then looking towards its unique features, you can easily say that this game can easily breakout after it’s released over android/iOS platforms. There are lots of pros and cons of the game.

The science-fiction based game has 13 characters having various different abilities, which is one of the unique features of the 60-player battle royal game. However, this can be a negative thing for the ones who are more biased towards realistic games.

In Apex Legends, if a player is dead, then they can still get back to the game. This is possible if the player’s teammates pick up the re-spawn banner and go to the beacons located near the island. The same concept was found in the Payload Mode of PUBG Mobile.

There are two maps available for the gamers to grind their skills. King Canyon, which is famous for the deltas and the ridges/cliffs of two different areas which are bisected by a stream. On the other hand, the World’s Edge map is better known for its Zipline, lava, and train features. However, the map size is small when compared to the map size of PUBG/CODM.

The weapons available in the game are unique. The skins which can be bought by Apex Coins are distinctive. But yes, the damage count for the guns can turn out to be very low, especially if the player doesn’t have pinpoint aiming accuracy.

The finisher feature, which a player can use to confirm out the knocked persons kill is a fancy thing about this game. Such kind of feature is not available over PUBGM or CODM.

So, summing up all the positives and negatives we surely can assume that the Apex Legends mobile version will stand out to be a never seen before game. None of the mobile gamers have come across such a game. Although PUBG and COD have established themselves over mobile platform, but the arrival of Apex Legends can turn out to be a threat to the Battle Royal Games.