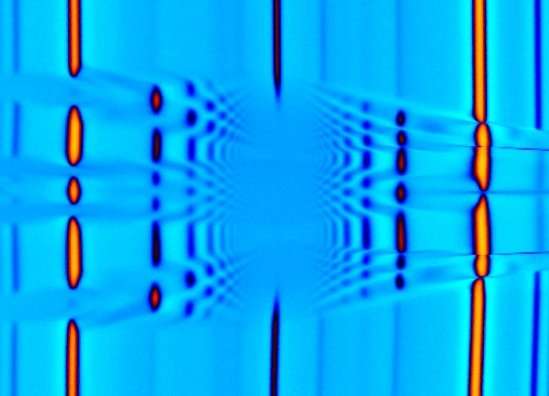 The standard model is the best attempt by physicists at describing the fundamental particles which make up our universe. The standard model describes the existence of two types of particles in our three-dimensional universe. These are “fermions” and “bosons.” Fermions are a class of fundamental particles that repel each other, whereas bosons behave oppositely, they like to stick together. An example of a Fermion is an electron, and for boson, it is photons. However, this holds only for three-dimensions. For a two-dimensional frame of reference, another kind of fundamental particle can exist called anyon. Anyons are distinct from Fermions and Bosons.

The experiment was designed to study and prove the existence of anyons utilizes the cutting-edge technology available today. The researchers had to make a 2-D plane of interaction to observe particles that could only exist in a 2-D environment. The collider was so small, that an electron microscope had to be used to observe it. The crux of the experiment was to make a collider where you could force two particles to meet. The 2-D collider was manufactured to be layered between two different materials. There were two inlets to the quantum contact and two outlets. If two bosons came in and interacted, they would attract each other and leave through the same outlet, whereas the fermions would leave from separate outlets. In the case of anyons, they would sometimes leave together or separately, a property that neither fermions nor bosons could exhibit.

As predicted, the experiment showed the same results, thereby confirming the existence of anyons and giving a glimpse of their quantum properties through the study of their tendency to clump together or stay apart.

The paper has been proclaimed as a milestone in particle physics, and the article has been chosen for the cover of Science. The implications of this experiment are huge and certainly a huge achievement for the team of researchers who performed it.