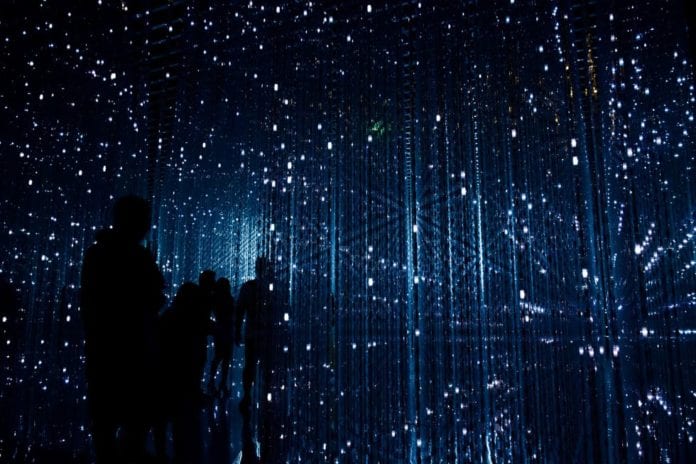 What happened to the antimatter of the universe?

The Big Bang should have created equal amounts of matter and antimatter in the early universe when it was whirring with pairs of particle-antiparticle popping in and out of existence. But everything that is visible to us, even the tiniest life forms on Earth to the huge objects is made almost entirely of matter.

But these aren’t the usual radioactive molecules since they usually only exist in neutron star mergers or supernovas. This is the first time they have been created synthetically by scientists. Such radioactive molecules are sensitive to subtle nuclear phenomena that could help physicists study antimatter and its violation of the most fundamental symmetries of nature.

Scientists believe that these new types of radioactive molecules could shed some light on why there is so little anti-matter in the universe. Take a dust particle in a storm cloud for example. One can get an idea of a neutron’s insignificance compared to the magnitude of the molecule it resides in. Usually, neutrons don’t have much of an impact on a molecule, but just as a dust mote might affect a cloud’s track, a neutron is able to impact its molecule’s energy, even though it’s less than one-millionth its size.

Physicists at MIT have successfully measured a neutron’s tiny effect in a radioactive molecule. That the physicists were able to measure the impact of the neutron on molecular energy is in itself is a breakthrough.

The study was led by assistant professor Ronald Fernando Garcia Ruiz of MIT, who, with the help of his team had to create the novel molecule. According to him, “If the laws of physics are symmetrical as we think they are, then the Big Bang should have created matter and antimatter in the same amount. The fact that most of what we see is matter, and there is only about one part per billion of antimatter, means there is a violation of the most fundamental symmetries of physics, in a way that we can’t explain with all that we know.”

“But now we have a chance to measure these symmetry violations, using these heavy radioactive molecules, which have extreme sensitivity to nuclear phenomena that we cannot see in other molecules in nature,” he says. “That could provide answers to one of the main mysteries of how the universe was created.”

The team developed a new technique to study short-lived radioactive molecules and they focused particularly on radium monofluoride (RaF), an unstable radioactive molecule that only exists for a few seconds after it’s created. They had to choose a molecule, the neutron numbers of which they could precisely control and so they turned their attention to different isotopes of this unstable molecule.

The isotopes contained different numbers of neutrons and in order to create these different isotopes, the researchers had to curate a disc made up of uranium carbide and inject carbon fluoride gas. To capture these short-lived isotopes, the researchers used ion traps, lasers, and electromagnetic fields with a view to isolating them. Subsequently, they measured the mass of each of the 5 molecules so to predict how many neutrons they may contain. After decimating it with a low-energy proton beam at CERN, they dispensed a veritable zoo of new molecules, including 5 different RaF isotopes.

In this new study, the team of researchers made use of the Isotope mass Separator On-Line, or ISOLDE facility at CERN, in Geneva, Switzerland, to assemble minute quantities of RaF isotopes. They chose several isotopes of the same molecule, each with one more neutron than the next. After measuring each molecule’s energy, they detected minute changes of the nuclear size which occurred due to the effect of a single neutron. Ruiz and his colleagues have published their results in Physical Review Letters.

Radium itself causes deviation on the symmetry scale and utilizing its unusual nucleus as a basis for the RaF molecule makes the molecule itself more vulnerable to changes in energy states which otherwise be insignificant, for example, the presence or absence of a neutron. The results reveal that radioactive molecules such as RaF are ultrasensitive to nuclear effects and their sensitivity might give away more subtle, not-seen-before effects, such as tiny symmetry-breaching nuclear properties.

RaF could potentially be used as a detection mechanism that could help explain the universe’s matter-antimatter asymmetry. Having proved its susceptibility to the influence of a neutron is only the first step toward the in-depth analysis needed to explore symmetry but there’s still a lot of work to be done. This finding is crucial as a proof of concept and it might lead to even more dramatic findings while dealing with the symmetry problem.