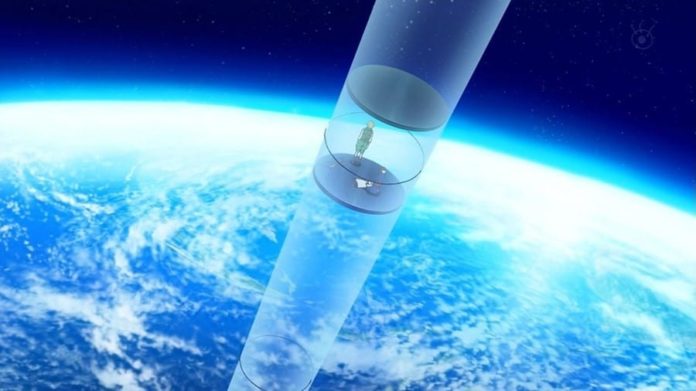 Space exploration has been in a state of development and research for quite a few decades now. Several rockets and satellites have been launched into space for various exploration ventures. However, have you ever wondered what it would be like if we could build an elevator to space? If not, put your thinking hats on as we dive deeper into the idea of a space elevator and its practicability.

We normally use elevators to reach the higher floors of the tallest of buildings. Building on this, can we then take a few steps ahead to invent an elevator that takes us a little further up? Into space maybe? Let’s talk about the cost. Yes, by default the idea of such an elevator seems very expensive. One might also wonder if building an elevator with a significant amount of technological and political hurdles would be worth it.

Any elevator needs a start point and a destination. Hence, one of the basic things that a space elevator would require is a satellite (or space station) which would behave like the destination for it. As far as its height is concerned, a successful design would involve an elevator that is 35786 km tall. This height is approximately 40000 times more than the tallest structure we’ve ever built. This whopping height is needed to reach the earth’s geostationary orbit.

This is the orbit where a rotating object would match the period or speed of the earth’s rotation. Hence, the entry into this orbit would obviously mean that the elevator shaft would always remain straight, as our destination would remain the same relative to wherever we launch it from. The next requirement in the architecture would be a cable from the destination to the starting point on earth, along which the elevator would locomote to carry people or cargo.

If we can successfully pull this off, it would be a major feat in the world of space exploration and research. As of now, the tried and tested means of space travelling is by the means of a rocket and rockets are expensive. To give you an idea, it costs approximately 1.3 million dollars to send one average sized human into space ($20000 per kg).

With the invention of a space elevator, cost per kg would reduce to just $200. Furthermore, any space launches could then be performed from the destination space station of the elevator further reducing the costs involved in propelling a space craft out of the atmosphere.

Yes, all this sounds extraordinary in theory but is significantly obstructed by several hurdles, the main one being the connecting ribbon/cable. The ribbon needs to be light, affordable and one of the most stable materials ever created. Snapping of the cable can cause great amount of damage to property and life on earth.

In conclusion, as tempting as the idea sounds, it should only be implemented when there is high assurance of quality and performance.