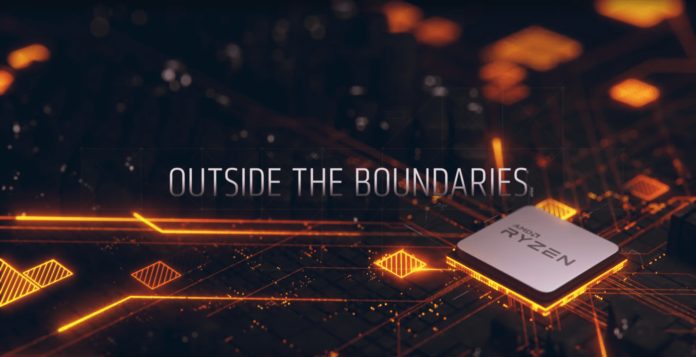 AMD’s Ryzen 3000 lineup has been the most successful CPU product stack of this decade. The 3rd Gen Ryzen chips beat rival Intel parts costing almost twice as much at times (read the review here). All this was made possible thanks to the efficiency of the 7nm node and the IPC gains that came with the Zen 2 architecture. And of course, the chiplet design made the high core counts possible which otherwise would have costed a lot more. The red team hasn’t been sitting idle these days either. The next-gen Zen 3 design (7nm+) has already been taped while the Zen 4 design is being worked upon. We have two key bits of info today regarding the upcoming CPUs from AMD. Let’s get to it.

While AMD’s 4th Gen Ryzen chips will use the more mature 7nm+ node, the 5th Gen is expected to be based on TSMC’s 5nm process. The Taiwanese Founder is the leading silicon fabricator in the world at present. Intel is still struggling with its 10nm node while Samsung’s 7nm still needs work. TSMC, on the other hand, was able to deliver a slew of products based on their 7nm node including AMD’s Ryzen 3000 CPUs and the Epyc Rome lineup too.

According to a report from a Chinese outlet, the company’s 5nm yields are already as good as the 7nm process. They have reportedly crossed 50% making them almost ready for the production phase. Furthermore, it is being claimed that AMD is going to be TSMC’s foremost clients to invest in the 5nm process. As the Zen 3 design is already confirmed to be based on 7nm+, it can only mean the Zen 4 microarchitecture will leverage the 5nm node.

Tom’s Hardware sat down with AMD CTO, Mark Papermaster and discussed the company’s strategy going forward. The very first question was regarding the core count. The outlet asked Papermaster how many cores are enough in today’s day and age. He optimistic saying that:

What this means that AMD will continue to increase the core counts as they come out with newer generations. In my opinion, for Zen 4, the focus will be higher single-core performance and better IPC as well as reduced latencies. Most games don’t leverage more than 8 cores and the Threadrippers with 64 cores are more than sufficient for content creators and small-scale servers.

However, with the node shrink to 5nm, AMD will have ample space and opportunity to increase the core counts and by then most applications will have caught up. That is most likely when we’ll see Ryzen 7 chips with as many as 12 cores and mainstream Ryzen 5 parts ought to climb up to 8 cores. This is still speculation at this point, but I’m quite confident about it.