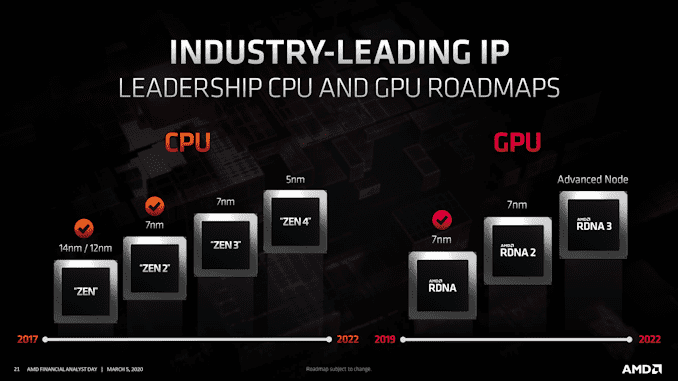 AMD had revealed that Zen 3 will be based on 7nm+ architecture. However, in its Financial Analyst Day 2020, AMD dropped the “+” from 7nm in their presentation slides. While this might seem surprising, AMD has a pretty viable yet vague clarification for the same.

To make sure people don’t confuse the fact that 7nm+ is based on N7+, AMD decided to drop the “+” from 7nm. N7+ is TSMC’s process for 7nm with EUV. By dropping “+”, AMD has made it clear that their processors won’t be using EUV. What’s vague is the fact that AMD says it’ll be using an enhanced process as compared to the 7nm process. However, we don’t know whether it will be based on N7P or N7+.