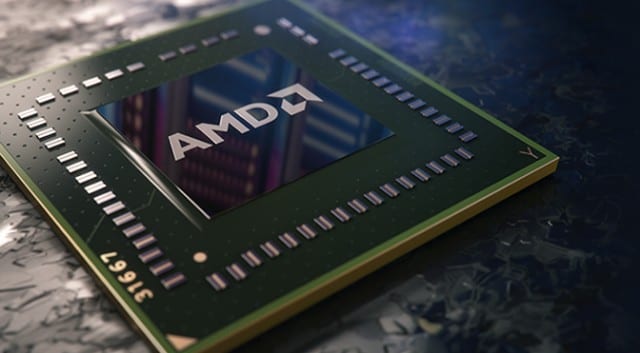 Silicon-chip manufacturer Advanced Micro Devices (AMD) was the limelight at the bullion, with its share soaring through the roof. Analyst David Wong at Instinet earlier today commenced with a “buy” rating on the company’s stock, signaling a bright future for the 7nm product lineup of the company.

Almost instantaneously investors soared in to buy AMD shares. As a consequence, an astronomical 113 million shares were traded in a single day, comfortably surpassing the 10-day average of 68 million shares. In its coverage, Wong set a buying price at $33 a share, a 15 percent inclination from the day’s closing price at $29.02. The assessment predicts growth in some of the more significant divisions of AMD. “We forecast AMD’s reported GAAP EPS will climb through 2019 and rise meaningfully in subsequent years from roughly breakeven in the March 2019 quarter,” Wong wrote.

The EPYC share of the Santa Clara-based company is estimated to double from its present 3-4 percent share, at 10 percent in the future. With the third-generation Ryzen CPU products yet to release, the notebook and desktop x86 market share can rise by half. These developments steadily accentuates the company’s stable and rapid momentum in its presence at the stock market, after hitting an all-time low in 2016. TSMC has seen a rampant growth in their 7nm wafer orders, it is safe to assume that it is largely for AMD products.

The door is left wide open for AMD to grow, with a consensus flowing among investors that the present market is favorable for the company to capitalize and position itself for top-line growth. Of course, AMD’s earnings will be pivotal to its growth as the company is yet to release its numbers of Q1 2019.

NVIDIA Stocks Rose by 16.4% in March After Continous Declines