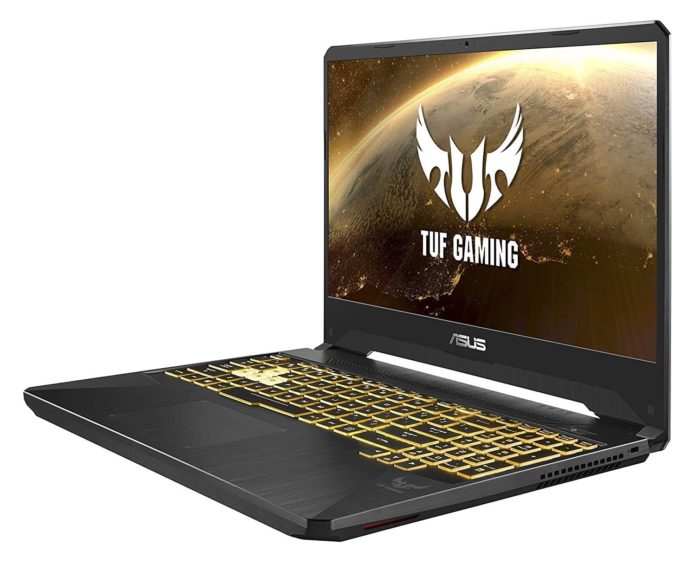 Being a gamer in India is an expensive hobby, even more so if you play on a laptop. It’s almost impossible to find a high-end gaming laptop in India under 1 lac. The reasons are many: customs charges, import fees, the Intel tax and all the fancy features that most of these portable rigs carry. With the coming of the Ryzen 3000 lineup, the DIY market all over the world (including India) has become a lot more affordable all of a sudden. The Zen 2 chips are yet to debut in the laptop market, but we already have an idea of what to expect when that happens. Many OEMs such as ASUS are pairing the Ryzen 3000 APUs (Picasso) with NVIDIA’s GTX 16 and RTX 2060 GPUs in high-end gaming laptops at prices lower than ever.

Get this. A laptop packing an Intel Core i7-9750H and a GeForce RTX 2060 costs Rs. 1.5 lacs at the very least. Now, AUS has launched a TUF Gaming laptop powered by a Ryzen 7 3750H and an RTX 2060 which costs less than 90,000 INR. Yes, that’s almost half the price. The ASUS TUF Gaming FX505DV comes with 16GB of DDR4 memory and a 512GB speedy NVMe drive, and is without a doubt the most affordable and recommended gaming laptop ever to launch in the Indian market.

Sure, the Coffee Core i7-9750H is notably faster than the Ryzen 7 (Picasso), but since the GPU plays a much more important role here, the deltas will be minimal. We are looking at an FPS gap of less than 25-30%. We’ll try to get our hands on one of these in the coming days to give you an exact idea of what to expect from the ASUS TUF FX505DV in modern gaming titles. Stay tuned.