Search
Home News PC Hardware You Can Buy an AMD Ryzen Powered Laptop For as low as...
Facebook
Twitter
WhatsApp 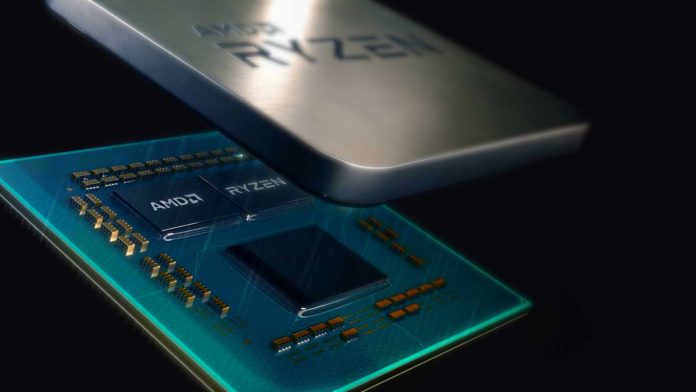 These days the internet has been buzzing with news of the 3rd Gen Ryzen processors, with the Ryzen 5 3600 being the new mainstream choice and the Ryzen 9 3950X being hailed as the most powerful chip. However, behind all the noise of 7nm and Zen 2, there’s a lot more to AMD’s new architecture. You’ve got the mobile APUs, the Ryzen 2000 lineup based on the Zen design and the Ryzen 3000 series based on the 12nm Zen+ architecture. In fact, you can buy a Ryzen-powered laptop for as low as Rs. 26K from one of the online retailers like Amazon.

Here you’re looking at an HP 15 Ryzen 3 2200U laptop packed with 1TB of HDD storage and 4GB RAM. The Vega integrated graphics fulfill the visual needs of the notebook. It has a FHD display with a battery life of up to 13 hours. Not the fastest machines out there but definitely one of the best you can get for this price. Want something even cheaper with team red’s label on it. You got it!

This is the exact same model except the display is a 720p WLED panel. You’ve got the same Ryzen 3 2200U dual-core chip, 4GB RAM and a 1TB HDD. And a price-tag of just Rs. 26.5K which is better than any Intelpowered notebook in this range.

But I reckon most of you will want something with more oomph. So here you go:

The Acer Aspire 3 comes with a Ryzen 5 2500U that is on par with most i3 laptops all the while costing less than 30K. It is paired with 4GB memory and 1TB of traditional HDD storage, and a 1080p display. If you are looking to play games at low-medium then the following is for you:

Also packing an AMD Ryzen 2500U processor and a Radeon RX 560X GPU with 4GB of GDDR5 memory, it’ll serve you just fine at lower resolutions with 30-ish FPS. It has a satisfying 8GB of DDR4 memory, 1TB HDD and TFT display. Not the best screen out there but it’s unbeatable at this price. However, if you want solid 60FPS, then have a look at this:

Of course, this is gonna cost you, but it’s still much cheaper than the existing gaming laptops in this segment. Powered by a Ryzen 3rd Gen “Picasso” APU, the Ryzen 7-3750H and the Turing based NVIDIA GeForce GTX 1650 graphics card (4GB), it should be able to run most games at 1080p, well above 30FPS. Sure some of the more intensive titles will need compromises in quality but the average game should perform pretty well. With a price-tag of Rs. 70K, it beats the pants off any i5-powered laptop.