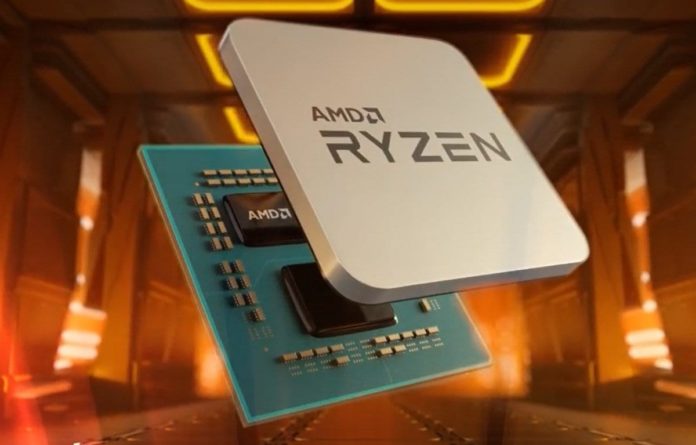 AMD’s Ryzen 4000U was released in January with the Ryzen 7 4800U being the highest-spec model. At that time AMD did not give any hints on their Ryzen 9 chip. It seems the Ryzen 7 4800U is not anymore the fastest and highest-spec model. Recently, Twitter user @TUM_APISAK posted the leak about AMD Ryzen 9 chips. Both the processors have almost the same configuration but the Ryzen 9 4900U has the highest clock. It is a 15W chip and will be embedded in powerful laptop designs. It seems AMD is all set to go on the toe to toe with Intel’s 10th-generation Comet Lake-U parts.

Again the figures are from early samples and are not final yet and we have to wait for the final specs of the processor. The average boost-up frequency was clocked at 2.35 GHz according to UserBenchmark. The chip has a turbo clock frequency of 1.4 GHz which is lower than the base frequency in turn the boost frequency is not working over in 3DMark. With that said The AMD Ryzen 9 4900U is looking like the fastest processor in the lineup. The processor is delivering satisfactory performance with the early samples so in the outcome it will definitely give the best experience and will be proved as the best in the lineup. However, we must wait to see the results. As the AMD Ryzen 9 4900U will be introduced in the next month. Also, according to the leaks, it will be featured in faster and thinner laptop designs.

Wccftech listed out the specifications of AMD Ryzen 4000 ‘Renoir’ Mobility Processors and pointed out the drop in performance output in the CPU based benchmark which is available on UserBenchmark. The chip’s 1-core, 2-core, 4-core, 8-core, and 64-core scores were 136 points, 198 points, 383 points, 538 points, and 710 points respectively. The Ryzen 9 4900U is at the early stage due to which these scores are not at the optimum level. The issue is the improper functioning of its boost algorithm. The flagship APU is expected to come soon to thin and light laptops. Also, AMD with its Ryzen 4000 high-performance Renior CPUs has already delivered very good results on the notebook segment. They are available in all the price ranges and have satisfied the customers in terms of efficiency and performance in all of them.

However, it’s unclear that on which machine, the processor is going to debut. Lenovo recently mentioned that it will be featured in its next-generation laptops which will be launched after this month. AMD has redefined itself with the release of its Ryzen 4000 lineup in the market. AMD is giving tough competition to Intel in processors and Graphics cards. AMD’s parts are delivering better performance in the same price segment. They are not repeating the mistakes they made with the Radeon Series. However, we must wait to see how it goes for the processor and it will be a success or not.