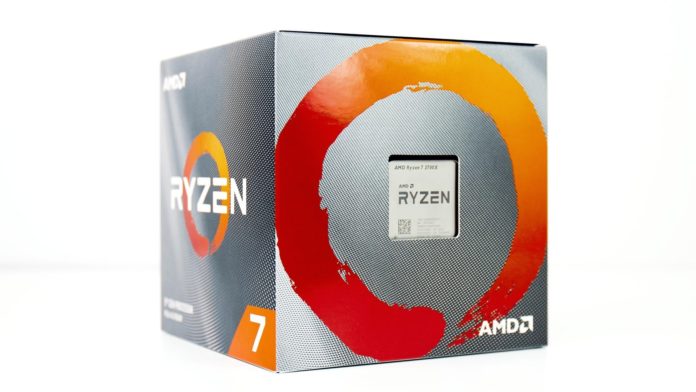 AMD’s Ryzen 3000 (Matisse) CPUs hit the market a few months back to take on the ageing 14nm Coffee Lake lineups from Intel, and they’ve been doing exceptionally well. The Ryzen 5 3600 and the Ryzen 7 3700X are the two mains stars of the show becoming the bestselling CPUs across many markets across the world. In this post, we compare the Ryzen 7 3700X to Intel’s Core i7-9700K and the Core i9-9900K and see if Intel’s claim of “real-world performance” holds up. We’ll go over the architectural improvements over Zen+ first and then dive into the benchmarks. Let’s get to it!

The Zen 2 architecture builds on the design of the existing Zen+ architecture and makes some key improvements, boosting the instructions per cycle (IPC), on-chip bandwidth, utilization, security, etc. This directly translates into real-world performance especially gaming where the older Ryzen 2000 processors failed to impress. The major architectural changes can be summed up as:

One of the main driving factors behind the Ryzen 3000 design is the use of the design, where multiple smaller heterogeneous dies are used on the same substrate. This results in better yield, scalability, density and last but not the least allows for the aggressive pricing that AMD is known for.

As already discussed, one of the main goals of the 3rd Gen Ryzen lineup was to offer comparable gaming performance relative to the contemporary Intel Coffee Lake parts, and AMD Game Cache was instrumental in making this possible. Zen 2 comes with an increased 32MB of L3 cache per CCD, enhancing in-game frame rates by a significant degree. According to AMD’s internal testing, this alone helped elevate the average frame rates by 21% at 1080p.

A while back, AMD’s Robert Hallock claimed that unlike Intel’s chips, AMD processors aim for the highest boost clock on as many cores as possible. That’s achieved using Precision Boost. The Ryzen 3000 CPUs boast Precision Boost 2 which is an opportunistic boost algorithm that drives loaded cores to the highest possible frequency until a limit is encountered: socket power, VRM thermal limit, VRM current limit, or max for the part. At the limit, the processor will draw back on boost and dither the frequency until the situation changes. AMD claims that their chips don’t adhere to an “all-core boost” or “single-core boost,” and considers those terms to be redundant in case of the Zen 2 lineup. However, from our testing, there is indeed a single-core boost. The boosting algorithm identifies the best CPU core as well as the best core per CCX and runs them at higher clocks than the rest. In most scenarios, you’ll most likely be running slightly lower than the advertised boost locks. Get a better thermal solution to tackle that.

AMD claims that under lower temps, the Zen 2 chips run at higher (average) clocks, meaning the better your thermal solution, the better the performance (to an extent obviously). However, this is effective only to a certain exten and the overall boosts are rather meager. This is demonstrated below:

Ashes of the Singularity (DX12)

Ashes of the Singularity (DX12)

At 1440p, the deltas are small and the Ryzen 7 3700X looks pretty viable. There’s a notable gap in Ashes of the Singularity where the Coffee Lake-based i7 and i9 chips lead by a decent margin. The 3700X leads in Assassins’ Creed Origins and performs admirably in Metro Exodus. The other games see the three processors produce roughly frame rates roughly in the middle.

The same result once again, only the delta between the Zen 2 and the Coffee lake CPUs is even wider. In the singlecore test, the Ryzen 7 beats the Core i7 and performs similar to the 9900K. Impressive!

CPUMark by Passmark gives a decent measure of realworld performance, and AMD processors perform really well here in general. The 3700X is 15-20% faster than the i9 and almost 50% ahead of the i7.

The CPU-Zbenchmark sees the Core i9-9900K overpower the Ryzen 7 3700X by a small margin, the first test where the former marks a clear win.

7-zip loves “moar cores” and it’s quite apparent here. The Ryzen 7 nets faster compression as well as decompression speeds, while being a notable 30-40% faster than the Core i7-9700K in the latter.

Kraken is a good indicator of browsing performance and seems to favor a high IPC and as such the i9 is in the lead.

Well, honestly, those of you who have the Core i9, keep it. There’s not a whole lot of difference in everyday tasks. However, if you are planning to buy one, then don’t. The Ryzen 7 3700X offers a much better value, especially when it comes to content creation, video editing, encoding, and rendering. In gaming, the performance gap is close to negligible and as such doesn’t really make the Intel parts any less relevant at the current pricing.