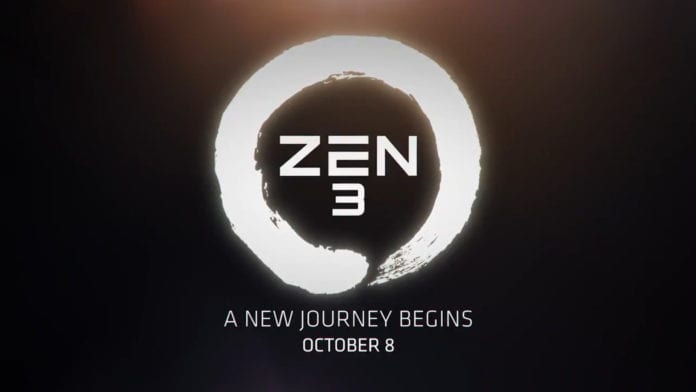 In just 4 days, AMD will be revealing details about its upcoming Zen 3 (Ryzen 5000) CPUs. However, it looks like the budget-focused Ryzen 5 5600X and the flagship Ryzen 9 5950X may not launch alongside the rest of the lineup in October.

Multiple sources close to AMD are now touting that the budget and flagship CPUs will launch in December this year. Twitter user @1usmus who has made many Ryzen-related tools for the community (CTR, DRAM Calculator) has reported that only the Ryzen 7 5800X and Ryzen 9 5900X will make the cut in October.

This is at odds with how AMD usually treats their CPU launches, wherein they’ve always released one CPU in each budget range together. Flashback to last year’s Zen 2 launch where Ryzen 5, 7, and 9 chips were released together. Later on, we saw more chips joining the family, focused at different (intermediate) price ranges. This year we saw the Zen 2 refresh (XT processors) hit the market, probably because the Zen 3 manufacturing stock wasn’t where AMD would have hoped them to be at.

Going by the latest rumors and leaks, it looks like Zen 3 will offer a substantial performance upgrade over Zen 2. AMD will officially reveal more details on its Zen 3 CPUs (hopefully including the Ryzen 5 5600X) in its presentation on October 8.