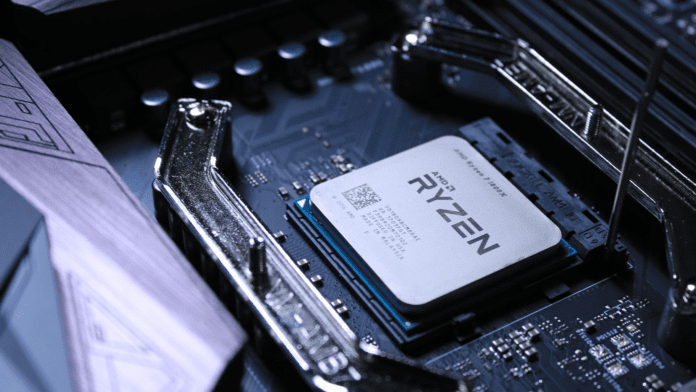 AMD has already shaken up the CPU industry with their Ryzen 3000 Processors. The Zen2 based processors based on the 7nm die offer excellent mid to high-end options for both gaming and productivity. However, the i5-9400F and 9500 by Intel are still the better budget options. AMD looks poised to change this soon with the Ryzen 5 3500 and the 3500X.

The Ryzen 5 3500 and the 3500X specifications leaked earlier this week by a Thai media outlet ExtremeIT. There’s even an entire video showcasing it: from unboxing to gaming performance. You can find the full system specs of the Ryzen 5 3500X being used in a PC build here. The system uses the 3500X in an MSI B450 motherboard paired with a GTX1660 and 16GB of RAM. As per the website’s benchmarks, it ranks higher than the i5-8600 and lies just a few points off the i5-8600K.

Performance-wise, both processors by Intel and AMD are pretty much neck-to-neck with the only noticeable difference being in CS: GO, probably due to excess cache memory. While both the processors are also quite similar on paper, AMD’s offerings will surely benefit from the Zen2 microarchitecture, better support memory support (DDR4 3200) and PCIe 4.0 support. AMD looks to re-shape the CPU market yet again and if they can price the 3500 and the 3500X right, we’ll likely be seeing some major changes in the upcoming months in the budget gaming space.