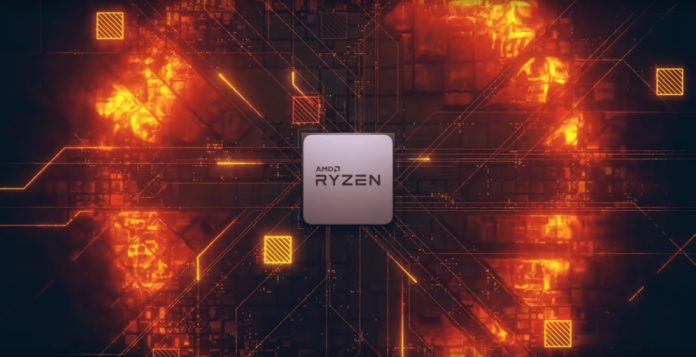 AMD’s Ryzen processor architecture is really going places. While Ryzen’s seized a considerable amount of market share from Intel in entry-level and midrange segments, most higher-end PCs and laptops continue to release with Intel internals. Mindshare in the premium space is still largely monopolized by Intel.

However, the undeniable levels of performance that mobile Ryzen brings to the table mean that manufacturers are now turning to Ryzen to power their higher-end models as well.

At Microsoft’s Surface event yesterday, we saw remarkable evidence of this with the 15-inch Surface variant. This model will be powered by a custom Ryzen SoC called the AMD Microsoft Surface Edition Processor–otherwise called the Ryzen 3780U.

The 3780U has some tricks up its sleeve relative to other mobile Ryzen SKUs. For starters, power management allows it to hit burst speeds of up to 4 GHz. This is one of the highest clocks we’ve ever seen on a mobile part, much less one with a 15W TDP. The 3780U also features beefier graphics, with up to 11 compute units. This means it delivers GPU performance that’s in line with the Xbox One S.

Microsoft’s Surface products are very important. Unlike Apple–where macOS is limited to a single Manufacturer, Windows runs on hardware made by multiple vendors. Microsoft’s own hardware sets expectations for what Redmond sees as the ideal that other manufacturers should aim for with their Windows devices. Including a Ryzen processor here makes a big statement. And it could open the floodgates to a whole raft of Ryzen-powered notebooks from the likes of Lenovo, Asus, Acer, and others. We’ll have to wait and see. In the meantime, have a look at this picture. It’s the first image of the 3780U die, and it’s up on Reddit right now.