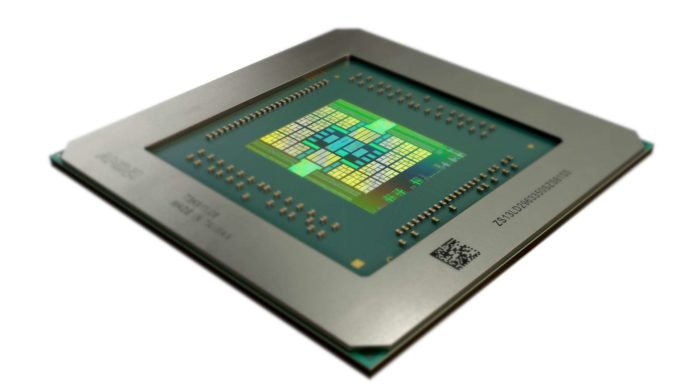 Earlier this week, it was confirmed that the upcoming Microsoft Surface laptops will be powered by Ryzen. A new leak suggests that the new Surface will feature the Ryzen 3000 APUs. A listing for an Acer laptop has the Ryzen 5 3500U listed as the processor. Let’s break down the rumors on-by-one. Moreover, the new Radeon Navi 14 and Navi 12 GPUs are expected to launch in less than a month (October 15th)

AMD launched the gaming-focused H-Series Ryzen 3000 APUs for laptops earlier this year. They are expected to launch the more energy-efficient U-Series of the same by the end of the year. The U-Series chips will have the 15W TDP power rating as compared to the 35W TDP of the H-Series. Leaked benchmarks of the 3550U show similar performance to that of the 3550H with a base clock of 2.1GHz and a boost of 3.7GHz. The Ryzen 3000 Picasso APUs are based on the 12nm die and incorporate the Zen+ microarchitecture. While they aren’t on par with the Ryzen 3000 series, we will need to wait at least a year for the 7nm Ryzen APUs.

That said, the U-Series line-up will make an excellent match for compact laptops. It is highly likely that the new Microsoft Surface Pro will launch with the Ryzen 5 3550U and the 3750U processors. Using an energy-efficient processor that can easily keep up with everyday workloads makes a lot of sense for a laptop with a small chassis. Using an energy-efficient CPU will keep the laptop from thermal throttling and keep the temperatures down.

3D Graphics Library, Mesa (19.2) launched on the 18th of September. What’s more interesting is the fact that Navi 12 support was added to it just the day before with the tags “trivial” and “urgent”. Navi 14 support was added much earlier (about a month ago). The next release of Mesa 3D Graphics Library is scheduled for release on the 15th of October. This means that the 19.2 release launched with Navi 12 and Navi 14 support as the graphics should ideally be available by the time the next version releases.

Navi 12 (Radeon RX 5800) GPU will launch with 64 CUs( 4096 SPs) and is expected to go head-to-head with NVIDIA’s flagship offerings. The Navi 12 will target the consumer market and will be a direct competitor to the RTX 2080. The Navi 14 will be focused on the workstation market. Both use the RDNA architecture but lack hardware-level ray-tracing. That is reserved for the Navi 20 line-up with the RDNA 2 microarchitecture; expected to launch next year.

The Navi GPUs will put a lot of pressure on the high-end consumer NVIDIA GPUs and it’ll be interesting to see NVIDIA’s response. While there are rumors of a GTX 1650Ti and the RTX 2080Ti Super, there still isn’t any information confirming them. We’ll keep you updated with new info.