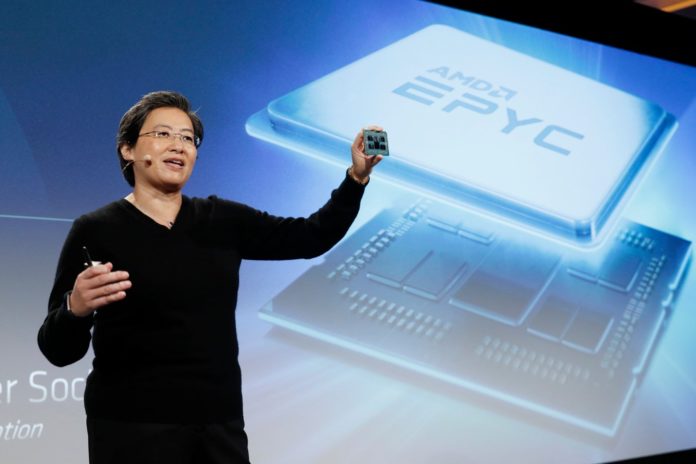 According to listings on the CPU Database over at TechPowerUp, the AMD Ryzen 7 3700X and Ryzen 9 3800X CPUs are going to launch in December this year. The Zen2 chips are some of the most hotly anticipated hardware components. According to the TPU Database, the Ryzen 7 3700X will be a 12 core part with 24 cores, with a boost clock of up to 5GHz. The latter is supposed to be a 16 core chip with SMT bringing the thread count up to 32. The 3800X should boost up to 4.7GHz.

The database points to GlobalFoundries as the fabricator which is incorrect as we all know AMD’s chips will be supplied by TSMC. The L3 cache is pegged at 32MB for both the chips, with the 512K L2 and 96K L1 cache, per core. The rest of the info is as expected, the architecture being Zen2 with the 7nm process size. The Ryzen 7 3700X is rated at a TDP of 105W while the Ryzen 9 at 125W which is quite reasonable considering that both processors pack 10+ cores.

TechPowerUp’s CPU Database also hints at the budget-oriented Ryzen 3 and Ryzen 5 CPUs but erroneously includes their launch date as March 2019. This could either be a typo with the actual launch date being in March 2020 or the same as the higher end Ryzen 3000 SKUs. The Ryzen 3 3300X and 3300 are both hexa-core parts with the latter having a higher boost clock of 4.3GHz and the non-X part limited to 4GHz. Unlike Intel’s naming scheme, AMD’s non-X parts also feature an unlocked multiplier for full overclocking support. They feature 16MB of shared L3 cache and the same L2 and L1 size as the higher-end Ryzen 7 and Ryzen 9 chips. The Ryzen 5 3600X and 3600 are octa-core processors with 16 threads and the same cache config as their Ryzen 3 counterparts. Their boost clocks are set at 4.8GHz for the former and 4.4GHz for the latter.

Last but not the least, there’s also the Ryzen 7 3700 (non-X) which is identical to the 3700X, except with a reduced TDP and boost clock. It is clocked at 4.6GHz with a lower TDP requirement of 95W. The 3700 like the 3300 and 3600 also features an unlocked multiplier, and should also allow a decent level of overclocking. All the Zen2 based CPUs are supposed to be compatible with AMD’s existing AM4 socket, as once again reiterated in this listing.

Just like the initial wave of Zen CPUs, the Zen2 processors are expected to send waves through the CPU market, further de-stabilizing Intel in both the consumer as well as the Server segments. If these specifications are indeed true, then team blue will have slash prices of its 9th lineup Core lineup to stay in the game. When the Ryzen chips were initially released, Intel in a panic released a number of the Xeon Server processors as Skylake-X chips further complicating its already confusing naming scheme without adding any meaningful parts to its arsenal.

On the server side of things, the AMD Epyc Rome processor is said to set precedence with Intel expected to lose around 10% of the market by the year’s end. The Rome chip is a behemoth with 64 Cores and 128 Threads and has already been ordered by many prominent enterprises.

AMD CEO Dr. Lisa Su is expected to reveal the Ryzen 3000 lineup at a pre-Computex press-conference on 27th May. She is set to be the keynote speaker for the event.