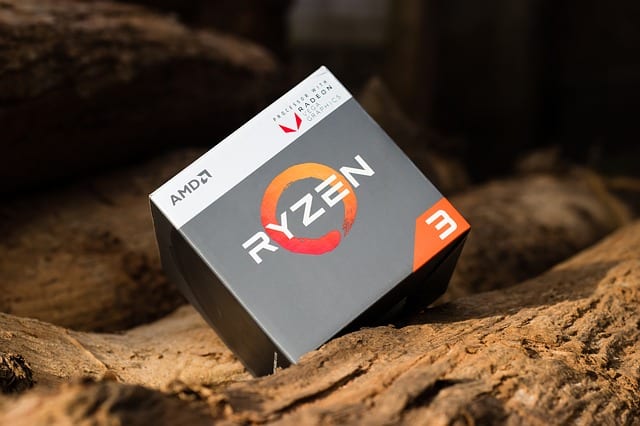 AMD’s Zen2 based Ryzen 3000 processors aren’t far from release now. And as per tradition, benchmarks have surfaced way before the official announcement. The leak in question comes from the SiSoftware database and was shared by user, momomo_us. From the looks of it, seems like an engineering sample of the entry level Ryzen 3 chip with four cores and eight threads.

The leaked sample is code-named “2DS104BBM4GH2_38/34_N”, the S1 indicating that it’s an ES1 (Engineering sample 1) with a base and boost clock of 3.4 and 3.8GHz, respectively. This Zen 2 based Ryzen 3 should come with 2 MB of L2 and 16 MB of L3 cache. The TDP is pegged at 65W which is quite low for a full-fledged quad-core desktop processor. This is all courtesy of TMSC’s 7nm node that should allow much higher clocks with lower TDPs. The top-end SKUs should come with core counts of 8-16 cores and double the threads, and obviously higher TDPs too.

AMD CPU and GPU Sales Should Grow Significantly in Q2 2019

The motherboard running the Zen2 chip was also spotted and apparently, it was an MSI board, the MSI MEG X570 Creation to be specific. The MEG lineup was initially meant for AMD’s HEDT X399 platform but is now available on the X299 as well. Looks like the Ryzen 3000 lineup, the MEG will debut in the budget range with support for the X570 chipset.

However, as we’ve already reported the Ryzen 3000 CPUs will also support the X370 and X470 based motherboards. Other OEMs like ASUS, ASRock, Gigabyte will also inevitably come up with their own products to support AMD’s much anticipated Ryzen 3000 processors.