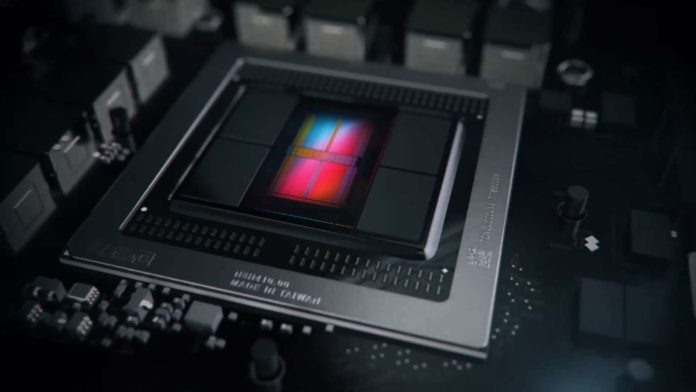 AMD launched the RX 5500 line-up in the OEM market in early October. Recent reports suggest that the custom variations of the Navi 14 based graphics card are set to hit the market by the 12th of December. ITHome reports that AMD has internally briefed AIBs regarding the launch of the custom RX 5500 GPUs.

The RX 5500 line-up is based on the RDNA microarchitecture, using the 7nm process. In terms of raw specs, the RX 5500XT can deliver up to 5.2 TFLOPS of computing performance at a TBP of 110W. It also includes 8GB of GDDR6 memory, while the non-XT variant comes included with 4GB of memory.

The RX 5500 will be AMD’s direct response to NVIDIA’s GTX 1650. As per AMD’s claims, the RX 5500 is 37% faster than the GTX 1650 (which has been since replaced by the 1650 Super). However, according to testing done by TechPowerUp, the OEM version falls behind the 1650 Super by only 5%. As for how it stacks up against the GTX 1650, the former is quite far ahead in benchmarks, with up to 85% leads in some specific titles. Builds with a Ryzen processor paired with a 5500 will offer stiff competition to NVIDIA’s budget gaming offerings.

One more thing to note is that the custom variants will have a much more robust cooling solution as compared to the standard heatsinks featured in the OEM variants. If the Navi 14 GPUs will outperform NVIDIA’s offerings remains to be seen. But with a good enough design and a fairly decent cooling solution, it is quite likely that the RX 5500 will be on par with the other budget offerings on the market, if not better.

AMD is expected to launch the RX 5500 around the $150 mark. Further details will emerge as the launch window nears. Till then, stay tuned.