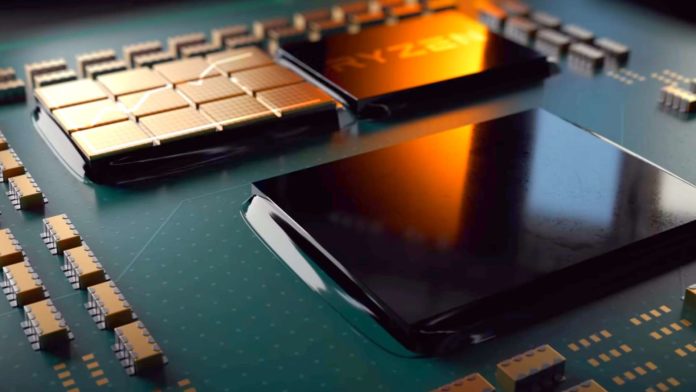 AMD continues to be on a roll. According to ShopDana data posted on the ryzen.co.kr BBS board, Ryzen processors hit a 53 market share total in South Korea. This is the first time Team Red’s ever had that high a market share in the Korean market. For most of this year, they were hovering around the 40 percent range. This makes sense, as first and second-gen Ryzen parts offered a viable all-round alternative to Coffee Lake but struggled to deliver a better gaming experience. Around the time Ryzen 3000 was announced, AMD’s share rose drastically. Between June and August, it climbed from 42 percent to 51 percent and has now reached its all time high.

It’s interesting to note how Ryzen 3000’s release is what actually contributed to the steep uptick in AMD’s market share. The retooled Zen 2 architecture benefits from higher clockspeeds, thanks to the move to 7nm, as well as better IPC and less of a cross-CCX latency penalty thanks to beefed up cache size. Zen 2-powered processors are the very first AMD parts in over a decade to equal or outright beat similarly-priced Intel offerings in gaming workloads. Since there aren’t (as far as we know), any proprietary gaming tech that’s locked down for particular processor brands (unlike, say RTX on Nvidia GPUs), there is no real opportunity cost for South Korean buyers switching to Ryzen, apart from having to get another motherboard.

As Intel continues to price Coffee Lake refresh high in markets like South Korea, it’s no surprise that their market share is declining. A processor is a processor. There’s nothing inherently better or worse in picking between the two brands, assuming equal performance. In a situation where AMD’s finally managed to reach performance parity, we would be really excited to see Intel respond with cuts to their consumer pricing, and not just token cuts to parts like the 9400F. Competition is great because, at the end of the day, it’s supposed to benefit consumers.