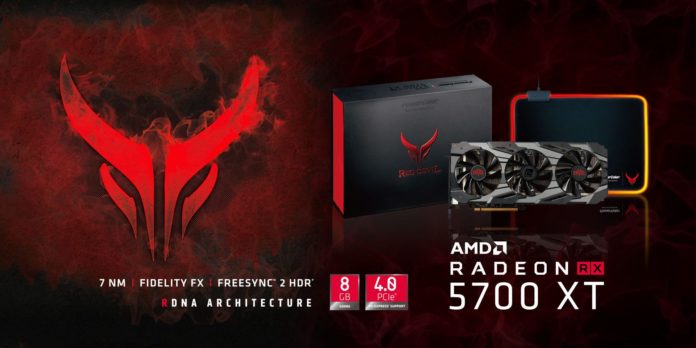 AMD’s Radeon RX 5700 XT custom cards are finally available in the Indian market. All major board partners including Gigabyte, Powercolor, Sapphire, Asus MSI have revealed their products, with the prices being slightly on the disappointing side. The cheapest AIB card is the MSI Radeon RX 5700 XT Mech with a price-tag of Rs. 39,199 while the rest are all priced in the early 40,000s.

If you want to buy a Navi card, then the MSI variant is your best bet. It’s roughly 3-4K pricier than the reference model and comes with a dual-fan heatsink that should be just sufficient for the Navi 10 GPU. It’s overclocked out of the box, but we’re curious to whether the clocks are maintained over sustained loads.

Although the boost clocks are the same for the Sapphire Pulse RX 5700 XT and the MSI Mech, the former has a better heatsink, allowing for further overclocking the GPU. With a price tag of Rs. 39,750, it’s the secondbest custom Navi card in the Indian market.

The ASUS Radeon RX 5700 XT TUF is one of the more pricier 5700 XTs with an MSRP of Rs. 43,221 but at the same time comes with a triple fan design and ASUS’ fancy features including a premium backplate. Unless you’re a hardcore AMD fan, we’d suggest sticking to the first two models on this list.

The PowerColor Red Devil has been one of the highlights of the AIB Navi cards. The monster-sized heatsink and a metal backplate with the Red Devil logo make it one of the most desirable RX 5700 XT variants in the market. Surprisingly, it’s cheaper than the ASUS TUF, but still pricier than the cheaper RTX 2070 Supers, once again making it hard to recommend.

Lastly, there’s the Gigabyte RX 5700 XT which although currently unavailable has a price-tag of 45K INR. I’m not sure if this is the final set price or just the placeholder, but it’s plain ridiculous. This is on par with the custom RTX 2070 Supers which are as much as 20% faster than the 7nm Navi based XT.