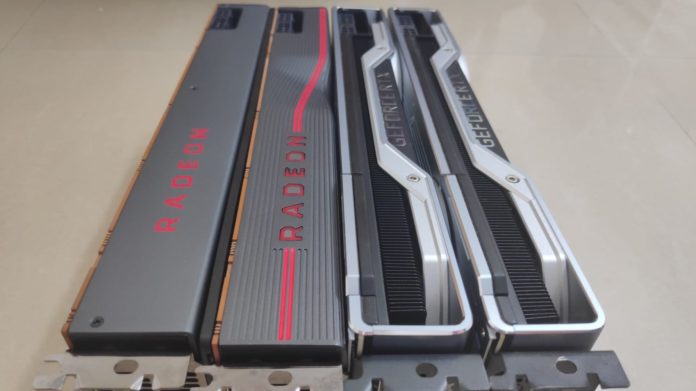 AMD’s Radeon RX 5700 series (Navi 10) constitutes some of the most competitive graphics cards in the market. They offer equivalent or slightly lesser performance than their GeForce RTX Super counterparts at relatively lower prices, making them perfect if you are building a QHD gaming rig on a budget. The company is expected to launch the lower end Navi 14 parts in the near future to replace the aging Polaris lineup and we’ve already started seeing leaks pertaining to these so-called RX 5600/5500 GPUs. Here’s another one:

This is a CompuBench OpenCL score where our supposed RX 5500 beats the RX 570 by a notable margin. Yes, not quite a good measure of gaming performance but the sizeable performance delta does tell us that we can expect appreciable gains. These GPUs will be based on the 1st Gen RDNA architecture with lesser Compute Units and Shaders and possibly 4-8GB of GDDR5 VRAM. I expect them to be priced quite competitively in the same range as the GeForce GTX 16 series cards, most likely the 1660 and the 1660 Ti as the RX 570 is still a better choice compared to . However, that might change as NVIDIA is rumored to be working on a Ti variant. In any case, the rumored specs from what we know are as follows: