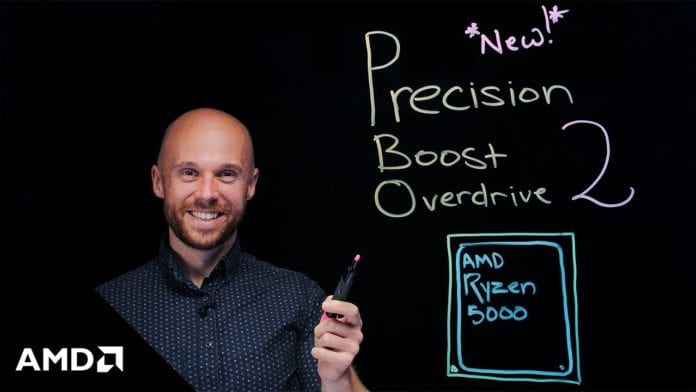 AMD has now revealed that the new Precision Boost Overdrive 2 for Ryzen 5000 CPUs will bring new features like undervolting to keep CPU temperatures down, without affecting performance.

The new curve optimizer feature will be welcome news to all Ryzen CPU owners, especially Zen 3, as AMD’s processors tend to run quite warm. While AMD has said many times that higher operating temperatures with Ryzen processors is normal, users can now rest easy with a baked-in option to undervolt with PBO 2.

Ryzen 5000 processors already boost much higher than its predecessors, often above their advertised boost clocks. PBO 2 should help in them boosting even higher, or at the very least even more consistently, with lower temperatures.

AMD says that the new Precision Boost Overdrive will be added in a new BIOS update (based on AGESA 1180), which will be delivered some time in December.