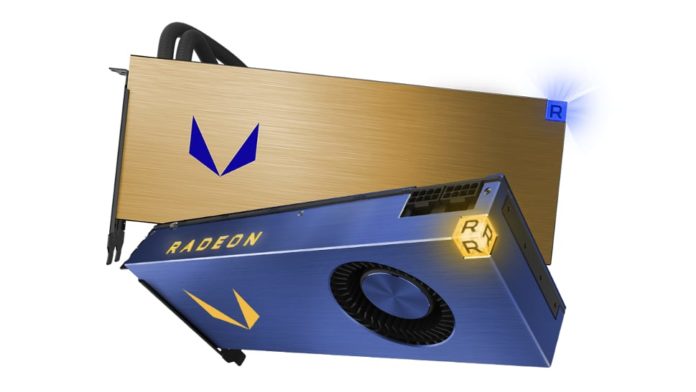 AMD unveiled its first 7nm mainstream GPU, the Radeon VII earlier this year to go against the flagship RTX cards from rival NVIDIA. It’s fair to say that the expectations were high for the Radeon VII, from both the company and the users. Radeon VII was supposed to be the NVIDIA alternative in the high-end market and honestly, it succeeded, to an extent. Sure, the card isn’t as powerful as its direct competitor, the NVIDIA RTX 2080, but it still is a very powerful GPU and has a place of its own in the high-end GPU segment.

When the Radeon VII was launched, there were rumors regarding the availability of the card and number of units that AMD had planned to sell. Several reports claimed that the Radeon VII will be manufactured in very limited numbers and that AMD will be selling these cards at a loss or little to no profit. The leaks proved to be somewhat true, the card went out of stock from almost every online retailer in no time. The prices went way over the MSRP on sites like Amazon and Newegg because of the lack of stock, as high as $150 over the MSRP of $699. Now to think about it, a price of $699 was already quite challenging to justify for AMD, considering that more powerful and feature-laden NVIDIA RTX 2080 was available to purchase for the same price.

Now, according to Videocardz, some sources have claimed that one of AMD’s reference design platform partners, Sapphire, will not be producing the Radeon VII anymore and will be waiting for the upcoming 7nm GPUs from the company, Navi.

Navi is one of the most eagerly anticipated GPU segment currently. Navi is expected to be unveiled this year but the dates are still not confirmed. It is also expected to be the card to power the next generation gaming consoles. According to a leaked roadmap, a launch in the later parts of the year can be expected with the mid-range cards being released first and the higher-end cards to be unveiled in 2020. Now, the report that Sapphire has decided to stop producing the Radeon VII and wait for Navi could suggest that the launch could be closer than expected.

After what happened with the Radeon VII, Navi could be the chance at redemption for AMD. If executed properly, this could make AMD the king of the mid-range segment. Pricing, Performance, and Availability are the key factors that’ll decide the card’s fate.