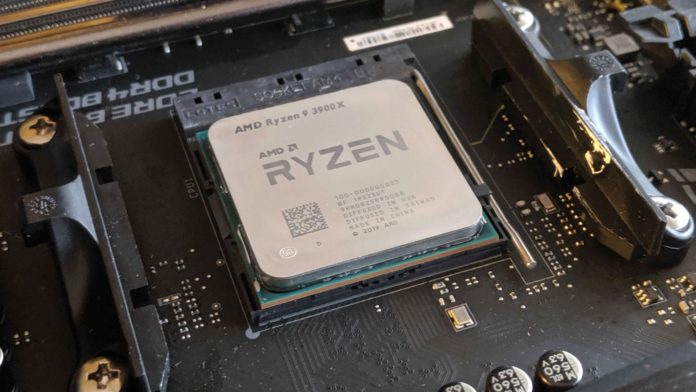 Germany was one of the first markets where AMD’s Ryzen CPUs overtook the 8th and 9th Gen Intel Coffee Lake processors, with a lead of around 5-10% last we checked. Now, that the 7nm Ryzen 3000 lineup is out, it’s only fair that we see how things are and analyze how the two rivals to each other in the German market.

Unsurprisingly, AMD seems to have pushed Intel onto its last limbs. At the end of June, the former was holding on to 68% of the CPU market while the latter had control of the remaining 32%. Now, a month after the release of the Ryzen 3000 chips, things seem to have taken a grim turn for Intel with a drop to just 21%. This is possibly the highest share AMD has held in the German CPU market and the opposite applies for Intel.

Despite team red’s lead, when it came to the revenue shares, the two longtime rivals were more or less tied @ 50-50. With Matisse though, AMD’s profits have surged by almost 50% while Intel has fallen to just a quarter of the total CPU revenue. Again, this is the lowest performance we’ve seen from team blue in the last decade.

This month the around the Ryzen 7 3700X was the most popular AMD SKU, followed by the 12 Core monster, the Ryzen 9 3900X. Both these parts come in the premium performance bracket with the latter costing more than the Core i9-9900K and the former priced just below the 9700K and the 8700K. Looking at the CPU pricing hierarchy, it’s not hard to figure out why this happened. The 3rd Gen Ryzen 7 is almost on par with the Core i9 in almost everything other than gaming while costing more than 100 Euro less while the Ryzen 9 is way better with multi-threaded loads while being just a few dozen bucks expensive.

The majority of Intel’s sales have come from the 9th Gen Coffee Lake refresh with the preceding generation also responsible for a substantial portion of the profits. On AMD’s side, the 7nm Matisse chips contribute to half of the total CPUs sold but amount to 3/4th of the revenue. This can be attributed to the huge discounts retailers have been offerings on the older 2nd Gen Ryzen CPUs to get rid of the older stock and make way for the shiny new Zen 2 parts. It’ll be interesting to see how Intel reacts to this. The company isn’t known for price cuts but at this rate, they’ll lose most their presence in the consumer CPU market.