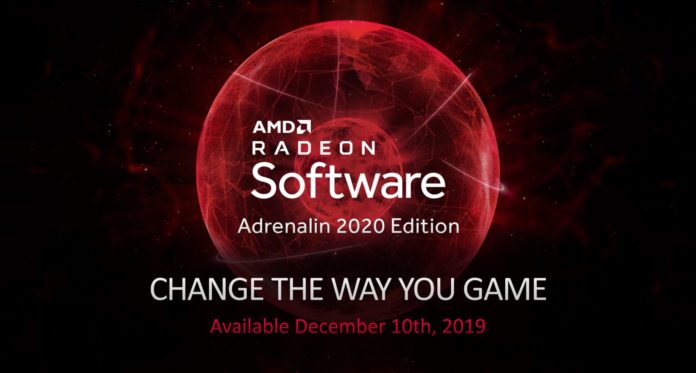 By now, AMD has made a major driver update something of an annual tradition. Today, the company released its Adrenalin 2020 software suite, marking one of the biggest changes to Radeon software in a long, long time. AMD claims a 12 percent improvement to overall performance and the addition of 16 new features. We’ll be benching these drivers in the days to come, but today we’ll be focusing on all the new goodies Adrenalin 2020 brings to the table.

AMD’s user interface has gone through several iterative changes over the years, from the Catalyst Control Center to Wattman, and now the current interface. The Adrenalin 2020 interface is information-rich, giving you per game playtimes, detailed benchmarking information, and even a built-in browser to access tutorials and information while in-game.

Integer scaling, meanwhile, offers a viable alternative to bilinear interpolation when upscaling resolution. Integer scaling is the nearest neighbor approach that trades blur for visible pixelation. In retro games and pixel art titles, this can actually be beneficial to image quality.

Overall, we’re impressed with just how much AMD managed to pack into this monster driver update, giving users a whole host of new features to use that isn’t exclusive to new hardware. We’ll keep you posted about driver benchmarks.