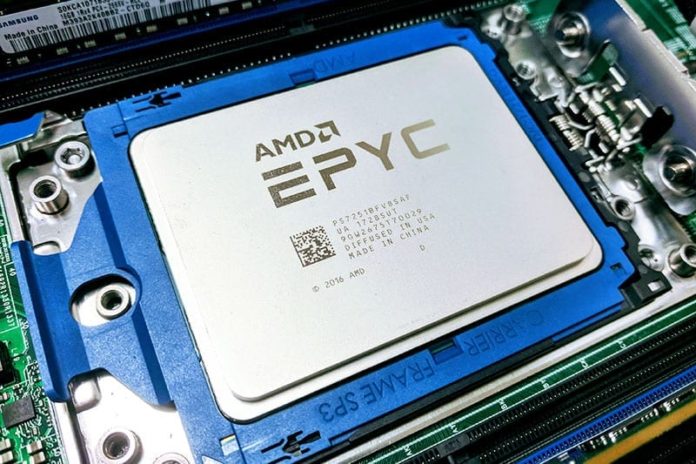 At Computex 2019, AMD demoed the Ryzen 3000 processors and the 64-core EYPC “Rome” chip which seemed way faster than the competing Intel Xeon part, all the while keeping the power draw within acceptable limits. However, they didn’t talk about any of the lower-end Epyc CPUs, but fret not our trusty Twitter sources have shared the entire Zen 2 based Epyc lineup, and it’s more than a handful.

The power-draw scales directly with the core count as well as the clocks, with each chip having two versions: a lower clocked version with reduced TDP and an unlocked variant having 20-30% higher wattage.

The “P” variants are specific to single-socket configurations, and AMD seems to have made SPs for almost every “Rome” processor, perhaps to increase the potential market and fight Intel on all fronts. Regardless, they ought to be much faster than the 1st and 2nd Gen EPYC lineups.

Furthermore, this time around AMD is targeting all the segments of the server market with chips ranging from octa-core, all the way to the mighty 64-core monstrosity. We ought to see a 64-core Threadripper soon as well, so tuck yourself in, the show ain’t over!