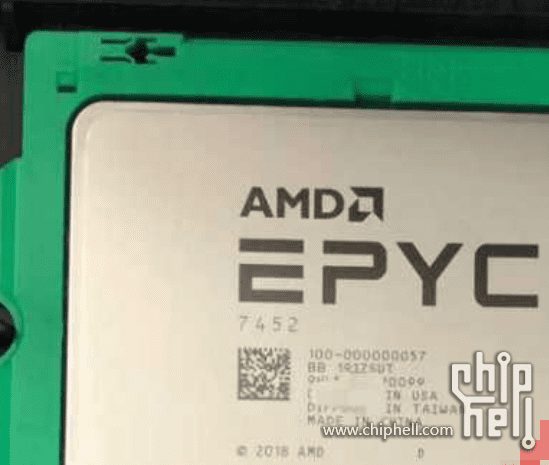 Lately Intel’s upcoming Core 9000 CPUs have been making news, more than their fair share to be honest. Now, AMD has started retaliating, not in the consumer PC space but in the server market. Benchmarks of AMD’s rumored 64-core Epyc CPU, code-named “Rome” have been leaked.

These benchmarks were originally posted over at Chiphell, and the website claims that it’s from an engineering sample. The details of the chip have been blurred out, but it still posts an impressive 12,587 in the Cinebench multi-threaded test. Comparatively, Intel’s 12C/24T Xeon X5650 gets dwarfed with a mere 1,279 points. To put this into perspective, AMD’s own Threadripper 2990WX scores about 5,500 points in the same benchmark.

EPYC supports octa-channel memory while the enthusiast range Threadripper is limited to quad-channel. Apart from the memory and the die shrink, the clock speeds and other optimizations associated with the new 7nm based “Rome” architecture also contribute to this mammoth score.

AMD has already confirmed that it will sample “Rome” in the second half of 2018, so there definitely seems some truth to this leak. A screenshot of this chip has also been included in the leak. It shows an Epyc die identical to the older Epyc processors with the details smudged out. AMD is expected to detail “Rome” in 2019.