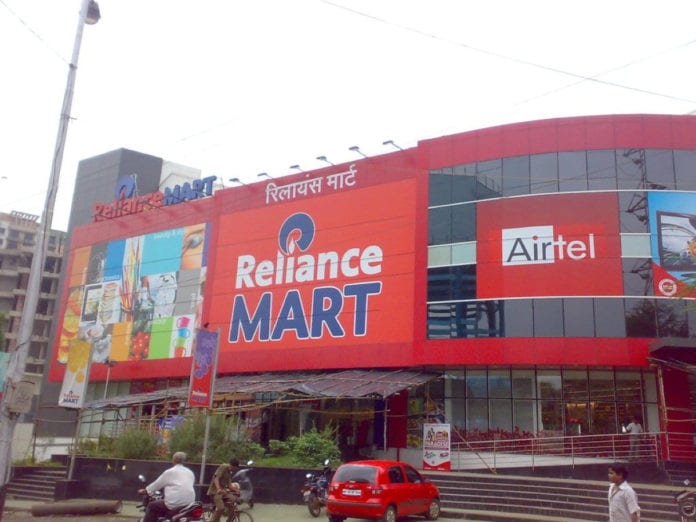 Mukesh Ambani’s business skills have made Reliance Jio the supreme king of the telecom industry. With dirt-cheap tariffs, he has managed to bring in more than 380 million users, in just under four years of commercial launch. When you are a smash-hit in the business, the big boys from Silicon Valley roll their eyes towards your business and get on-board with it. Surprisingly, Jeff Bezos aims to be Ambani’s newest friend.

A US $20 billion-dollar investment (yes! That’s a billion with a ‘B’) valuing up to 40% in shares – is not only going to be biggest in India but also for Amazon, as data from Bloomberg suggests.

Reliance Industries Limited (RIL) owns Reliance Retail Ventures Limited, which is arguably one of the biggest competitors of Amazon in India. After acquiring Future Group, recently, RIL has further strengthened its hold in the Indian retail business especially in terms of offline brick-and-mortar stores.

Related: Reliance in Talks with Bytedance to Acquire TikTok in India: Users Rejoice!

Amazon operates a large number of offline stores outside India, whose benefits it was losing out on in India due to lack of brick-and-mortar stores. This had led to earlier investments in what is now Reliance-acquired-Future Group and Shoppers Stop.

With this deal, Jeff Bezos-led-Amazon is allying with Mukesh Ambani-led-Reliance Industries to tackle Walmart-Flipkart alliance as well as other e-commerce websites. What this effectively means is that two powerful rivals have shaken hands to become one big potent force.

After being contacted by media houses to gain comments on the same, “As a policy, we do not comment on media speculation and rumours,” said a spokesperson at RIL, adding to which it was said, “Our company evaluates various opportunities on an ongoing basis. We have made and will continue to make the necessary disclosures in compliance with our obligations.“

This however, is not the starting point of Mukesh Ambani’s Reliance Industries taking off on an sky rocket. This deal could only be the 12th of all large investments so far in RIL.

Reliance Industries, till now, has secured a funding of Rs. 1.15 lakh crores from 11 investors. If we consider the perto-retail JV with BP, the RIL’s total fundraising stands at an astounding, Rs. 1.75 lakh crores!

“I have fulfilled my promise to the shareholders by making Reliance net debt-free much before our original schedule of 31st March, 2021,” Mukesh Ambani said. This comes as an acknowledgement to the road map he had pitched in the company’s 42 AGM, held last August.

Facebook, has become a largest-minority shareholder of RIL Technology’s Jio Platforms after acquiring 9.99% shares for Rs. 43,574 crores. Google also has taken its share of the pie by investing Rs. 33,733 crores to amass a stake of 7.73% in the same RIL outpost. Following this, the investment drive saw investments from private equity firms Silver Lake Partners, KKR, Vista Equity Partners and General Atlantic amongst others.

Reliance Industries Limited became the first company in India to hit $200 Billion mark after securing a whopping, $208 Billion market capitalization on Thursday. This jump to become 40th most valued outfit in the world comes at a time of pandemic that has crippled most rivals.