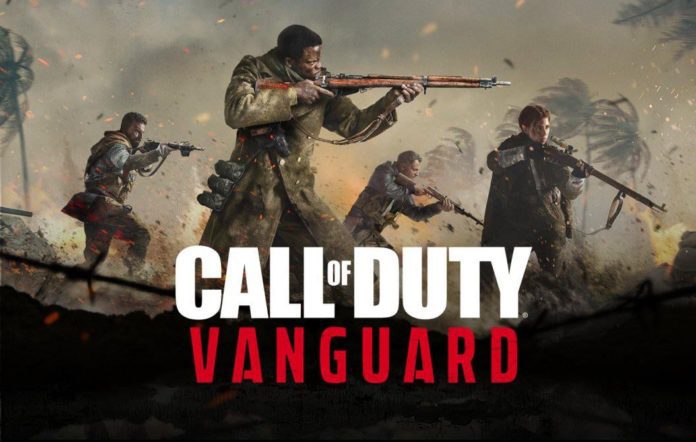 Activision seems to be running a sinking ship at the moment, with the past couple of days being filled with Call Of Duty Vanguard leaks. We have all of them compiled in a single location here for your convenience.

The eighteenth game is the mega-popular Call of Duty franchise is due to be released late this year if previous releases are to be believed. Most Call of Duty games have been released in November, with a couple of exceptions. COD Vanguard would seemingly also follow the same pattern.

It all began when noted First Person Shooter Leaker Tom Henderson posted an image of a calendar with the 5th of November highlighted on it. Keeping Tom’s reputation and the general release dates of Call of Duty games in mind, there was really only one conclusion to be formed from this. Call of Duty Vanguard was supposedly going to be released on November 5, 2021.

Then came the Key Art leak, which seemingly confirmed that Call of Duty Vanguard is going to take place during the times surrounding World War 2. Activision wasted little time striking down these images from the internet, but we still have an archive that you can click through. The leaks make it look like Battlefield 1, making sense as that game is also set during a similar time frame. There’s also a windmill, make of that what you will.

After all of this, on the 11th of August, the most significant leak yet reared its head. As you might have noticed, I have been freely referring to the latest CoD game as Call of Duty Vanguard or COD Vanguard, despite the name not being officially announced yet. That is because, in the latest update of Call of Duty Black Ops Cold War, people unearthed a lot of Vanguard related material.

Hidden inside the game files, people found images confirming the name and multiple versions of the game. There was also a hint of an open beta present inside the leaks, which is definitely a possibility now. Three operators named Lucas, Polina, and Wade were also leaked, along with their kits and roles.

The three versions of Call of Duty Vanguard are a Standard Edition, a Cross-Gen bundle and an Ultimate Edition. Rumours have also now begun circulating about an August 19th reveal date, with Tom Henderson seemingly confirming and deleting his tweets about the same, alongside some images showing that the games are now not going to censor the Nazi symbols as they previously used to.

It will be interesting to see if the current sexual misconduct allegations against prominent Activision-Blizzard employees will affect the release and sales of Call of Duty vanguard in any way. We’ll be sure to keep you up to date with anything and everything related to this.