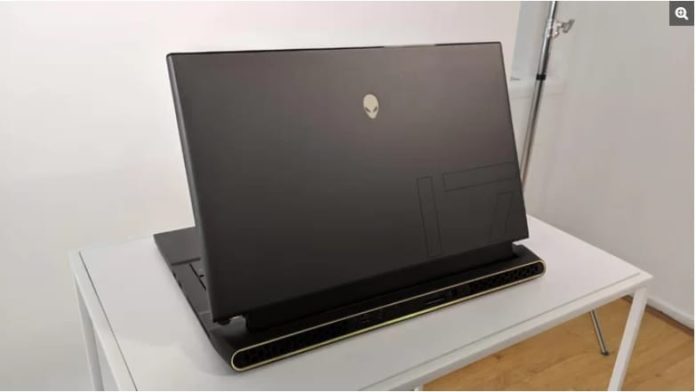 Alienware is releasing a stunning revamp of its line of gaming notebooks. Dell showed off the m15 and m17 laptops with the “Legend” design at Computex in Taipei. These are set to launch on July 1 with a selling price of $1,500.

The laptops have CPU options ranging from a Core i5-9300H to the Intel Core i9-9980HK. In terms of GPU firepower, you’ve got the Turing based Nvidia GeForce GTX 1650, all the way up to the ray-tracing compatible Nvidia GeForce RTX 2080 Max-Q. The laptops come equipped with 16 GB of DDR4 RAM and dual 2TB drives.

The m15s and m17s with the top-variant GPUs will have 8-phase graphics voltage regulation and 6-phase processor voltage regulation. This was done in order to sustain high levels of performance for prolonged periods of time. The 15.6-inch variant offers display refresh rates of up to 240Hz, alongside newly added Tobii eye tracking. The 17.3-inch variant makes use of Dell’s eye-safe technology to protect eyes from blue light.

The new keyboards feature per-key RGB lighting and n-key rollover. The designs of the laptops are clean-cut and minimalistic, with two different themes offered: te dark side of the moon (black) and lunar light (white).

Alienware is also refreshing its lower-end gaming notebooks. The G3 has also been upgraded to Intel’s 9th Gen lineup (Core i5-9300HQ to Core i7-9750HQ) alongside NVIDIA’s 10-series graphics cards as well as the GTX 16 series parts.