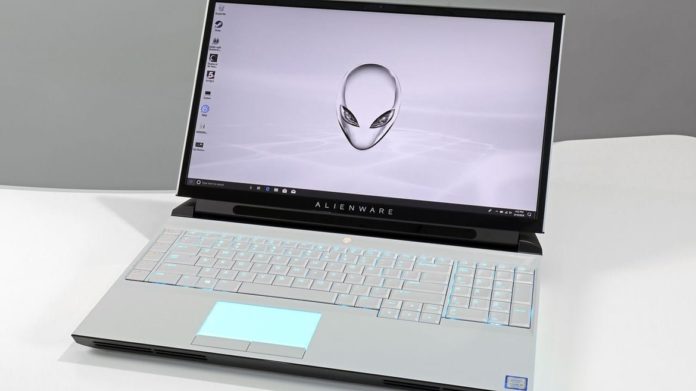 Alienware recently released their modular laptop, the gorgeous Area-51m. This monstrous laptop is powered by an 8-core Intel Core i9-9900K paired with an NVIDIA GeForce RTX 2080 and fed by 32GB of 2400MHz DDR4 RAM, an M.2 PCIe SSD and a hybrid SSHD in addition to a 1TB traditional HDD. However, that’s not the core selling point of this mouth-watering gaming laptop-cum-desktop.

What makes the Alienware Area-51m truly unique is its modular design, allowing users to upgrade pretty much all the core hardware components right from the CPU to the GPU and of course the RAM. It is being hailed as the “most powerful gaming laptop” by many. Dell is encouraging users to buy the CPUs and GPU chips for upgrading purposes directly from official company outlets, but there’s no hard and fast rule restricting you from opting for other OEMs.

Just like desktops, overclocking is something Dell has integrated into the Alienware Area-51m. The Alienware Command Center software allows seamless overclocking of the unlocked Intel Core i9 chip as well as the RTX Turing GPU.

Other than the beefy specifications and the upgradability, the aspect where the Ares-51m really shines is the aesthetics. Like most Dell and Alienware products, it has a premium look with a white body complemented by black display bezzles and a dark-colored blower at the back with the edges bounded by a light blue ring.

The cooling system is composed of high voltage fans, heat pipes, as well as copper fin stacks. This allows the user to overclock an already beefed up desktop in a laptop form factor.

Microsoft Introduces OpenXR to Windows Mixed Reality to Save VR

The particular model tested had a 1080p IPS display with a 144Hz refresh rate and G-Sync:

There’s one thing that can be drawn from these benchmarks- 1080p is overkill for this configuration. You’re better off opting for a GeForce RTX 2060 instead, or perhaps a 1440p display. We don’t have any info on how well the Area-51m overclocks or how well the thermals hold up when the laptop is under extreme stress. Stay tuned, we’ll do an in-depth review of the Alienware Area-51m soon, with all the finer details covered.