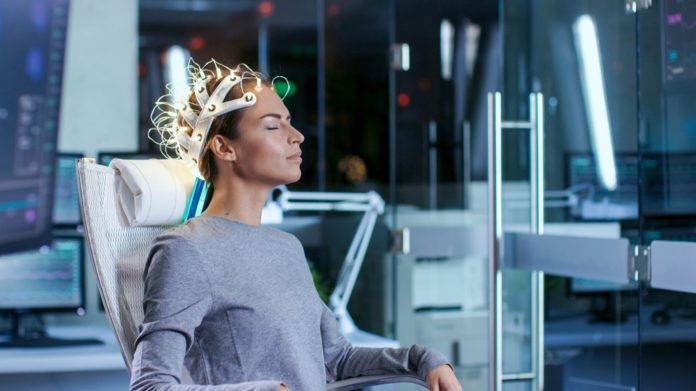 In a medical first, US researchers have developed a neuroprosthetic device called Brain-Computer Interface Restoration of Arm and Voice (BRAVO) that can successfully convert a paralyzed man’s brain waves into speech. It harnesses the brainwaves of a paralyzed man who cannot speak and turns what he intended to say into sentences on a computer screen. The study published in the New England Journal of Medicine was carried out by a team of researchers from the University of California, San Francisco (UCSF).

“Most of us take for granted how easily we communicate through speech,” said Dr Edward Chang, a neurosurgeon at the University of California, San Francisco, who led the work. “It’s exciting to think we’re at the very beginning of a new chapter, a new field to ease the devastation of patients who have lost that ability’’, he added.

Chang’s lab has spent years mapping how brain activity ultimately leads to speech but never had any luck in terms of converting a paralyzed man’s brain waves into speech before. Recently, his team built a “speech neuroprosthetic” – a device that decodes the brainwaves that usually control the vocal tract, the minute muscle movements of the lips, jaw, tongue, and larynx that together form each consonant and vowel.

“This is an important technological milestone for a person who cannot communicate naturally,” said David Moses, a postdoctoral engineer at the University of California, San Francisco (UCSF), and one of the lead authors of the study. “It demonstrates the potential for this approach to give a voice to people with severe paralysis and speech loss,” he added.

Who was the first person to take part in the study of converting a paralyzed man’s brain waves into speech?

The breakthrough involved a 36-year-old man as the subject who had a stroke when he was 20 that led to his anarthria (the inability to speak intelligibly). However, his cognitive functions did remain intact even after suffering such a devastating brainstem stroke. He had a stroke about fifteen years ago which led to widespread paralysis and robbed him of speech.

The first participant for the study of how the device transforms a paralyzed man’s brain waves into speech was codenamed BRAVO1. The man who volunteered to test the device is not able to move his head, neck, or limbs, and communicates with the help of a baseball cap-mounted pointer to poke letters on a screen. Before the researchers implanted a high-density electrode over BRAVO1’s speech motor cortex, they had developed a 50-word vocabulary that included words such as “water,” and “good” which might be needed every day.

Over the next few months in the study, while trying to convert a paralyzed man’s brain waves into speech, the team recorded BRAVO1’s neural activity as he continued to try to speak those sets of words. To test whether it had worked or not, they measured his performance by presenting him with sentences formed from the vocabulary set and noted the results on a screen. The team took the help of artificial intelligence to differentiate profound patterns in the data and then tie them to words.

In the mission of converting a paralyzed man’s brain waves into speech, a computer was used to interpret the patterns whenever the subject attempted to say regular words such as “water” or “good”, eventually learning to differentiate between those 50 words, taking the help of which more than 1,000 sentences could be generated. It takes about three to four seconds for the word to appear on the screen after the man tries to say it, said lead author David Moses. Even though that’s not close to as fast as speaking, but definitely more rapid than actually tapping out a response. It is indeed a ray of hope in terms of transforming a paralyzed man’s brain waves into speech.

If asked such questions such as “How are you today?” or “Are you thirsty” the device allowed the man to answer “I am very good” or “No I am not thirsty” – by translating the words into text, the team reported. According to the study team, the system could decode up to 18 words per minute with an accuracy rate of 75 per cent. What contributed to its success was the “auto-correct” feature, which is a lot similar to those found on smartphones.

Chang, BRAVO1’s neurosurgeon said, “To our knowledge, this is the first successful demonstration of direct decoding of full words from the brain activity of someone who is paralyzed and cannot speak,”.

It will take years of extra research for sure to monitor how effectively the device converts a paralyzed man’s brain waves into speech but the study indicates an important step toward one day reinstating more natural communication for people who can’t communicate because of some previous damage, severe injury or an illness. Some of the next steps include improving the device’s speed, accuracy rate, and size of vocabulary set, and hoping one day it might allow users to communicate with a computer-generated voice instead of just text on a screen.