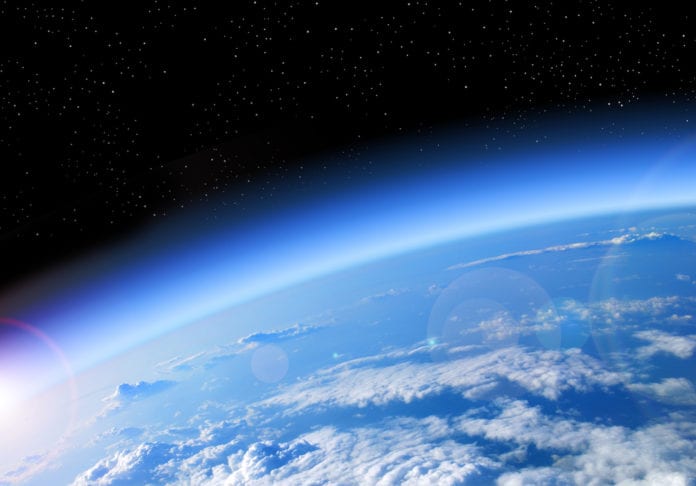 Ringing is associated with the percussive sound produced by striking a metal object. However, for something to produce a ringing effect, it does not have to be metallic at all. It does not even have to be solid. Many physical phenomena are very attractive, as well as hard to explain. For example, the aurora is one of the most beautiful shows of light anywhere on this planet.

Still, to explain the source of its beauty, you need a firm understanding of the electromagnetic theory. Such geographical phenomena are being discovered, as we start spreading the scope of our scientific observations.

A recent study has highlighted that the gravitational action of the moon, which pulls up at the sea causing tidal waves, also pulls at the atmosphere, producing waves of some kind in the sky. The study focused on the fact that these waves can resonate around the Earth just like the sound waves resonating in a metallic bell.

The origin of these sky waves is like that of any other natural waves. The introduction of energy pushes them into any new medium. This energy displaces certain particles and creates a collective movement, which we know as ‘waves.’

The identification of these sky waves is a tad bit difficult as compared to the traditional waves of the sea. However, with the help of specialized equipment, researchers have identified closely packed pockets of air moving around, which were noted to be thousands of kilometres long.

Previous studies had tried to study the phenomena in a local context, which restricted the detection of really large sky waves, which were only a 1,000 to 10,000 km across. The new data, which this study cites, has allowed the study of these waves in a much more global context.

The huge dataset provided a rapidly updating view of the atmosphere along with a history that enabled the researchers to look for the past as well as the current sky waves as well. The phenomena of ringing can only be produced when the waves are travelling at the right height and speed.

This allows the waves to resonate and sustain stable patterns while vibrating across the globe. This phenomenon, which was first predicted by the French physicist Laplace, was indeed happening. The Earth’s atmosphere is actually ‘ringing’ like a bell.

The confirmation of these theories will have huge implications for weather science. By taking the effects of this ringing into account, researchers can more accurately predict the weather. There is still a lot of work to be done, especially into how these waves form and how they die.