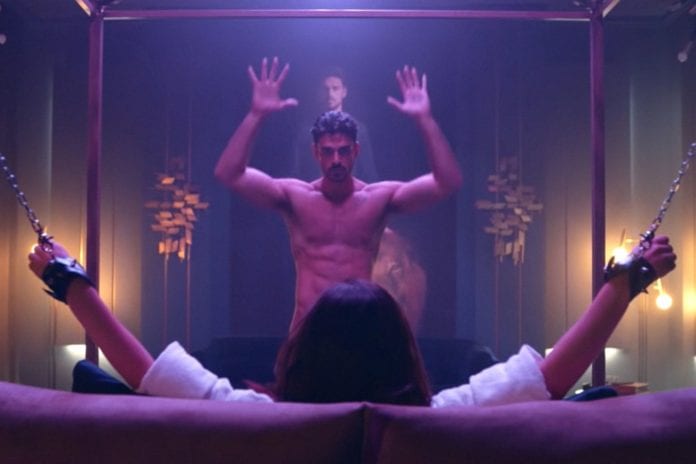 Stuck at homes in this scorching summer heat with nowhere to go due to the quarantine? Well, this list might just be right up your alley – watch these popular and sexually enticing adult movies on Netflix which are thrilling, erotically-charged, and arousing including all-time trending 365 Days, Fifty Shades Freed, and more.

2017’s Newness portrays love in the modern age through dating apps. Two millennials in Los Angeles meet through a dating app and get into a relationship. However, after a while, boredom creeps in, and they choose an unconventional way to re-ignite their chemistry that pushes both emotional and physical boundaries. From being dreamy to lusty, the movie definitely possesses the power to turn you on.

Fifty Shades Freed is the third movie in the Fifty Shades series which is based on the books of the same name by E.L James. When mesmerising Ana Steele met billionaire Christian Grey, they sparked a sensual affair that changed their lives irrevocably. After the ups and downs of their relationship in previous parts (Fifty Shades of Grey and Fifty Shades Darker), they are now finally together. But, misfortune and fate combine to turn a nightmare true.

Directed by James Foley, starring Dakota Johnson and Jamie Dornan, Fifty Shades Freed is one the most popular adult movies on Netflix that is romantic, liberating, and totally addictive. The movie will keep you hooked and will stay with you forever.

365 Days is one of the most popular adult movies on Netflix that can be seen on the trending list every week. Laura is a sales director and she is on a trip to Sicily to save her unhappy relationship. While on a walk, she runs into Massimo who is a member of the Sicilian Mafia family. Massimo kidnaps her and imposes on her a period of 365 days to fall in love with him. This Polish erotic drama film is based on the first novel of the trilogy written by Blanka Lipińska. The movie is arousing and weirdly entertaining and broke several records on Netflix but also glorifies and romanticizes harassment and manipulation.

During summer in New York City, a college girl, Leah, falls hard for a young guy, Blue, who is a drug dealer she just met. From getting high with her new roommate to snorting cocaine lines with her boss, she seeks out pleasure in every possible form. But after a night of partying, things fall apart, Blue gets imprisoned and Leah struggles to get him out of jail. White Girl is one of the most-watched adult movies on Netflix that examines the idea of how drugs can bring people together and tear them apart, ruining their lives. With a deadly combination of drugs and sex, the movie is arousing and sexually enticing.

Suggested For You: IBM Takes The Wraps Off World’s First 2nm Chipset

First love is always magical and enticing, isn’t it? Laura and Carlos love each other like it’s their last day together, experiencing the intensity and fragility of first love. But as life continues, a year later their notions of romance are tarnished as they struggle to face the world of adulthood and their passion is just a mere memory. Amar is a steamy romantic movie where the characters are driven by desire, love, and lust that control their lives.

Read our other entertainment articles here.