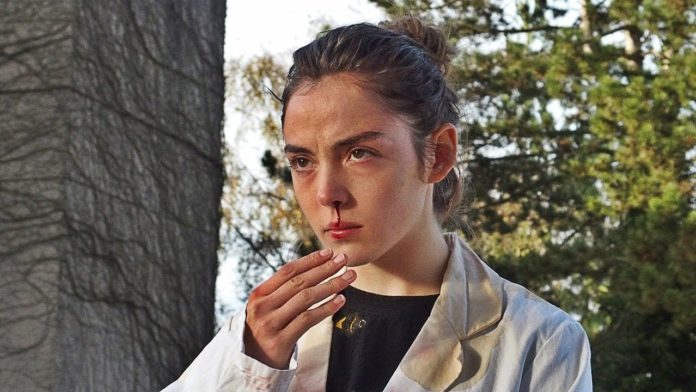 It’s the time of the year to be merry again – with New Year just around the corner, the plans just don’t seem to end. However, if, like me, you’d much rather stay at home and snuggle with some hot chocolate while chilling with Netflix, don’t worry, we got you covered. Although the main focus of the holiday season is on light-hearted Rom-Coms and Comedies, we’d like to take you to a different avenue -horror. It is a genre that has a very mixed audience. But, like any other genre, good horror movies are hard to come by. But when they do arrive, boy do they surprise. So, while we enter a new decade, it’s always a good idea to catch up with some horror movies. With that in mind, here are 10 offbeat horror movies to keep you up this New Year’s Eve:

Directed by Chris Peckover, the film follows Ashley as she decides to babysit her 12-year-old neighbor, Luke, one last time before going to college. However, while trying to defend him from home invaders, she learns that she’s in for more trouble than she bargained for.

Synopsis: A creepy take on classic home invasion movies which are a holiday favorite (Home Alone, anyone?), Better Watch Out is for all of those who like to take their holidays with a shot of creepy. It stars Olivia DeJonge, Levi Miller, and Ed Oxenbould.

If ‘old but gold’ was a horror movie, then this would be it. This 2009 horror movie will keep you thinking what the hell just happened long after you’re done with it. The film is directed by Christopher Smith and stars Mellisa George, Liam Hemsworth, and Rachael Carpani.

Synopsis: A group of passengers is forced to take refuge on a mysterious ship after a storm upturns their yacht. However, they soon realize not everything is what it seems, after things soon start to go awry.

An extremely creepy movie – the air of dread and apprehension in this movie is apparent. As things slowly start to go extremely wrong as the movie progresses, you’re forced to face fears that you never knew existed.

This 2016 film is the very definition of creepy. However, if you have a low tolerance for body horror, then I’d suggest you give this one a skip. But for everyone else, you’re in for a ‘treat’! The film is directed by Julia Ducournau and has been up there is nearly every horror film list ever since its release.

Synopsis: Justine, a vet student, undergoes a transformation when she eats raw meat for the first time. What follows is a tale of someone who is forced to come to terms with her true self.

This 2018 movie, which was lauded in various film festivals, will make you lose your mind as the characters face one bizarre problem after another. It’s directed by Gaspar Noé

Synopsis: A dance troupe is lured into an abandoned school where they all consume a drug-laced sangria. What follows is a dark nightmare as their drug-induced brains try to uncover who is responsible while trying to survive the night – while terrifying consequences.

And of course, no horror movie list is complete without mentioning The Shining. And once you’re done with that, maybe give a watch to its sequel Doctor Sleep.

And that’s the end of the list. If you’re interested in more horror movies, check out: IT, It Preys at Night, The VVitch, The Belko Experiment, Veronica (2017), Hereditary, Get Out, A Quiet Place.