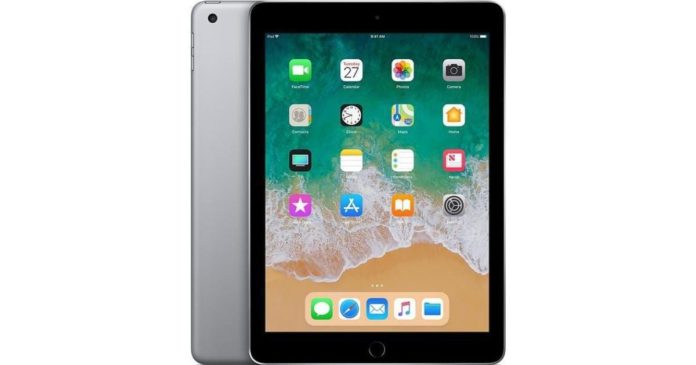 Apple just announced their entry level iPad that starts at $329. It is very education focused and brings Apple Pencil support too. But iFixit says they are not that friendly if you try to repair it. The 2018 iPad received a score of 2 out of 10 on the repairability scale which, for the lack of a better word, sucks.

iFixit says this is a case of Apple not wanting to fix these issues and it’s not like they are unmendable. They missed a chance to include water resistance, a non replaceable charging port, no upgradeability and there’s glue everywhere! One of the 2018 iPad’s advantages is the screen, which is not laminated. This means your cracked panel just needs the glass to be replaced, not the digitizer too.

” In the education space, Apple has some stiff competition in the form of low-cost, Google-powered laptops. How does this iPad, er, stack up against a Chromebook from HP or Asus? Given that schoolkids can be a bit rough on their electronics, here’s an iFixit take on it:

iPad’s glued-glass display is more vulnerable to drops. Thankfully, this is the one iPad that retains an air-gapped digitizer panel—not as visually impressive as other recent iPads, but it’s much cheaper to replace cracked glass that isn’t LOCA-b onded to the display panel underneath. Separate accessories like the keyboard and Pencil add to the cost and are easier to lose—but are also easier to replace if damaged. (Note the missing key on our HP’s keyboard.) “

The sixth generation iPad has an A10 Fusion processor and two Broadcom touch screen controller chips which, in theory should be the reason behind Pencil support. The 32.9 Wh battery is both a good and a bad thing. While having the same capacity ensures lesser production of waste, the battery is covered by a “repair-impeding adhesive”. This caused the 2018 iPad to lose a few points.

At the end of the day, iFixit gave the $329 iPad a solid 2 out of 10. It scored those points mainly due to having the glass and digitizer separate making it easy to fix. It lost marks due to the omnipresent glue mostly. To read the full review, head on over to iFixit.com